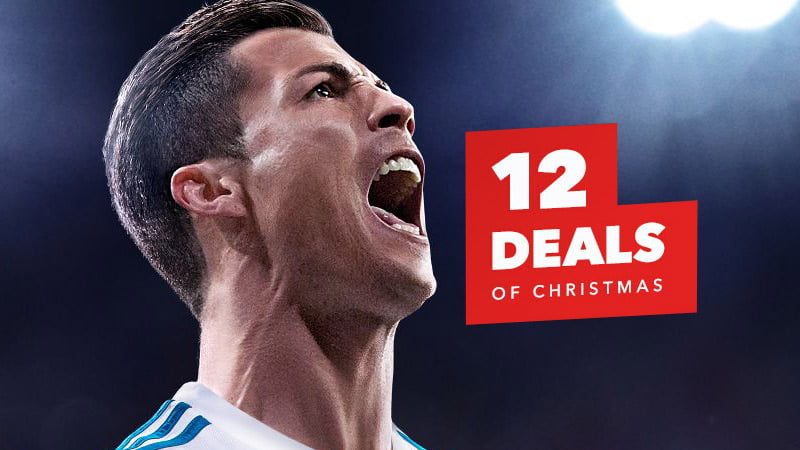 Here’s the tenth title to be included in the PlayStation 12 Deals of Christmas gaming campaign.

The latest game to be featured in Sony’s PlayStation 12 Deals of Christmas promotion features ten lords a-leaping, and one in goal. Ladies and gentlemen, it’s FIFA 18.

FIFA 18 is the second game in the series to be built on EA’s Frostbite engine, and among all of the usual on-the-field improvements, it features the return of Alex Hunter in the second part of ‘The Journey’.

PlayStation’s 12 Deals of Christmas sale reduces the price of a new game every two days throughout December. The sale has so far featured discounts on titles like Star Wars Battlefront II, Assassin’s Creed Origins, Call of Duty: WWII, and Middle-Earth: Shadow of War, to name a few.

We’ll have the penultimate sale update on Wednesday.