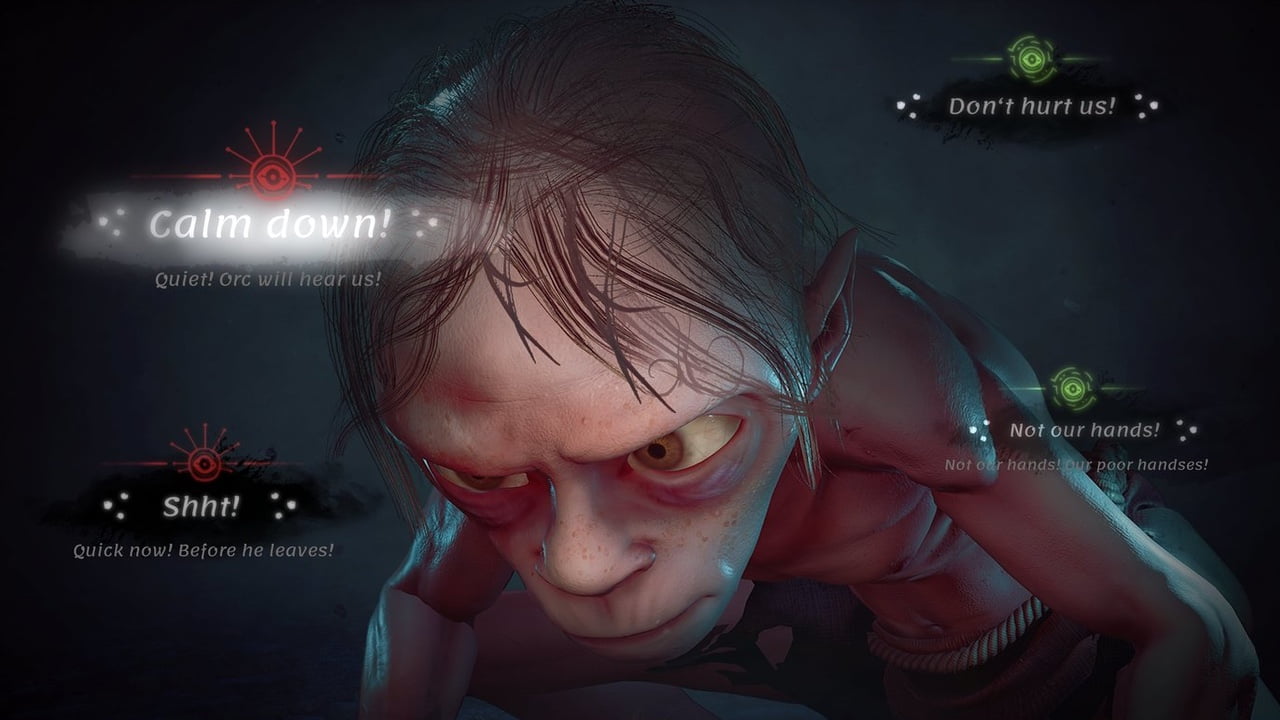 Sorry, The Lord of the Rings: Gollum. Today is Star Wars day.

Since its announcement in March 2019, The Lord of the Rings: Gollum, like its titular cave dweller, has mostly remained unseen. We did get a look at some concept art a few months ago when Edge featured the game on its cover. But, we hadn’t actually seen any indication of what the game would look like in action

We still haven’t. But, courtesy of GameStar, Tolkien nerds now have a few screenshots from Daedalic Entertainment’s upcoming game to tide them over.

The full story is paywalled, but GameStar has made its gallery of images available here. The screenshots highlight the game’s dual focuses: stealth-action gameplay and Smeagol vs. Gollum decision-making. One picture shows the conflicted protagonist in dialogue with angry red Gollum options and pathetic green Smeagol ones.

Additionally, GameStar got a look at a variety of locations – mostly within Mordor. There’s a shot of Gollum sneaking past an Orc guard overseeing some slaves. One picture finds Smeagol in a cave, watched at a distance by some big old spiders. And there are plenty of screens of Mordor’s various metal album cover environments.

One shot stands out from the rest in its departure from the dominant black-and-red aesthetic. The beautifully green pic shows off Mirkwood, where, GameStar reports, Gollum will meet the family of a well-known character.

Overall though, the game has a darkly cartoonish look. While the buildings look impeccably detailed, characters have a rounder, less realistic vibe. While The Lord of the Rings: Gollum is one of the few games announced for PS5 and Xbox Series X, nothing we’ve seen so far seems like it would be pushing this generation’s hardware.

Still, it’s exciting to see one of Tolkien’s most interesting characters – certainly the one that haunted my childhood nightmares – getting a game of his own.