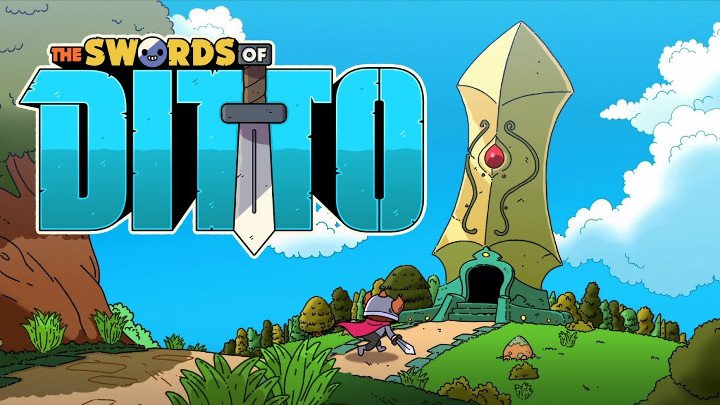 Wish Square Enix would just get on and make another Mana game? Well wish no longer – here’s The Swords of Ditto, which looks just as good.

Devolver have taken time out from their busy balloon-inflating schedule, and have been teasing a new game announcement for the past couple of days. Not much was shown, other than some adorable key art, but that was enough to pique our interest.

Now the mystery is over and, well, it looks ace: it’s The Swords of Ditto from Onebitbeyond, an endearing action RPG, coming to PS4 and PC in early 2018.

Look at the trailer! It looks lovely!

See? Adorable! (Also, kudos for the Shaun of the Dead reference.)

It looks a bit like a retro Legend of Zelda clone, right? But say that in hushed tones, because The Swords of Ditto has a style all of its own, somewhere between Adventure Time and… alright, it’s quite a lot like Zelda. We can’t deny it. Nobody ever said that was a bad thing, though.

But it’s also got plenty in common with Square Enix’s Mana (Seiken Densetsu) series and the forthcoming Knights and Bikes – you can play The Swords of Ditto co-operatively – which is a massive tick in our collective box, a feature we all love that’s being seen less and less often.

We’ll be stopping by Devolver’s E3 picnic – it’s the one under the giant balloon that is totally not pissing off E3, honest – to see if we can learn more about this surprise new indie sweetheart.