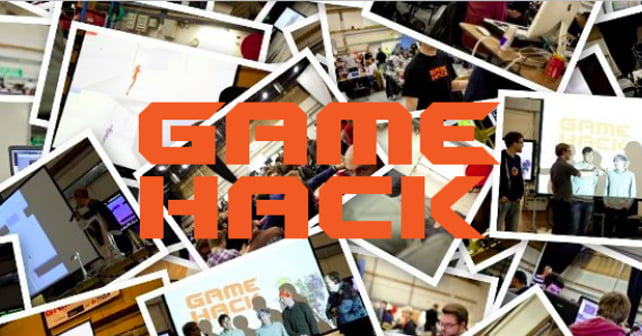 The event, presented by industry body TIGA and BlueVia, is all about making games, be them big, small, web, single or multiplayer. We caught up with GameHack founder Thomas Curtis to discuss the event.

How did the idea for Game Hack come about?

I got talking with Nisha Valand from TIGA after speaking at one of their events about doing something, it was originally supposed to be a small event with about 20-30 developers, as you can see with over 100 people signed up with three weeks to go, its changed a lot since then!

Is there a level of experience required to attend, what are the key skills required?

If you think you have something useful to contribute, you should come to GameHack. GH is all about making games, but games are more than just code so we are looking for artists, writers, designers and musicians as well as developers.

It’s a packed schedule with plenty of midnight oil to be burned, how are you cultivating a creative atmosphere?

The important thing is that everyone has a good time and enjoys themselves. This is not crunch time, so we’ve got things like our chill out zone, that features games consoles and a MAME arcade cabinet which means people can take a break from making their game. To help people function in the early hours we’ve added a midnight snack, alongside energy drinks, and most importantly sweets.

There a competitions across a variety of disciplines, where do you think you will find the most creativity and what are you personally most excited about seeing?

I think the variety of categories is fantastic and we’re really proud to have so many companies involved. Personally the categories that I am looking forward to are Best use of Mobile because its has such broad scope, I’m also really looking forward to seeing the entrants for the Procedural Game Challenge as it sounds hardcore!

You have an envious array of sponsors and supporters for the event how did their involvement come about?

As this is the first time running GH we knew that we needed to have some great partners alongside to help get the attention of everyone.  Luckily TIGA and BlueVia have some great contacts that meant we could connect with a wide range of partners, though its taken a lot of work to get here.

Do you have any future plans for the hacks created at the event?

GameHack is all about getting together and making something awesome, if a team thinks their game is worth developing afterwards then that’s fantastic, but its not about having a product at the end of it.  Of course it would be great if at next years GH we could point to a game made that has been released but its not the main focus.

GameHack takes place on 28th-29th April at Pinewood Studios in London. Tickets for the event are still available at the GameHack website and you can follow the event on Twitter.

Note: This interview was originally published on Careers Arcade.