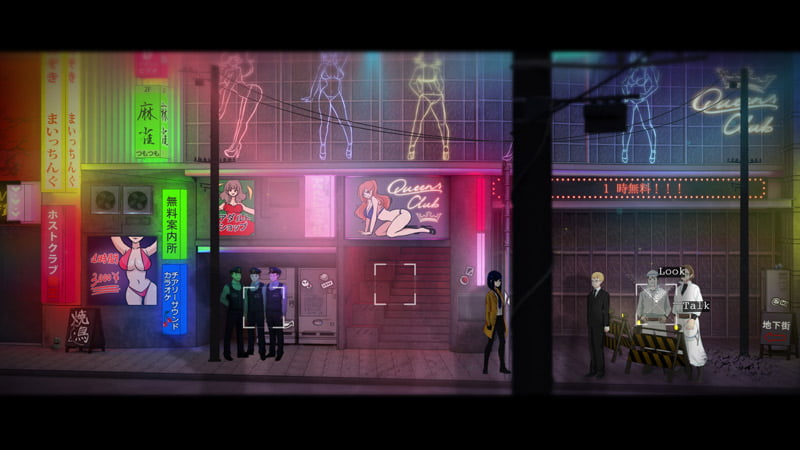 Square Enix Collective confirms that Tokyo Dark will launch on Steam this September.

The anime inspired point-and-click adventure from Tokyo-based Cherrymochi Studio raised more than CAD$225,000 on Kickstarter, easily cruising past its initial CAD$40,000 goal. After a protracted development process, Tokyo Dark will finally be released on PC on September 7th, 2017.

Tokyo Dark is pitched as psychological adventure, and features multiple branching storylines based on popular Tokyo urban legends. Players assume the role of Detective Ayami Itō, who must explore the Japanese capital on the trail of her missing partner, and uncover the city’s hidden truth.

Cherrymochi promise an immersive 2D world, challenging puzzle and dialogue-based gameplay, and a story that changes depending on Itō’s interactions with key characters.

“Itō’s story is an intentionally conflicting one. In Tokyo Dark, we want the player to be constantly questioning whether they’re one step away from solving the puzzle, or one step away from madness. Are they slowly unearthing the city’s dark living shadows, hidden from view, or are they imagining it all?”

“Tokyo Dark goes beyond what most animated adventures attempt, with Itō’s very sanity called into question as she delves deeper into the city’s story. I think there’s a real appetite for new ideas in horror games, and Cherrymochi is certainly telling a dark tale, but in a fresh and absorbing way. We’re really proud that the team chose us as a publishing partner, and we know already that there’s a keen anticipation from gamers across the world to uncover the game’s layered mysteries…”

Tokyo Dark will be released on Steam for PC on Thursday 7 September, 2017.