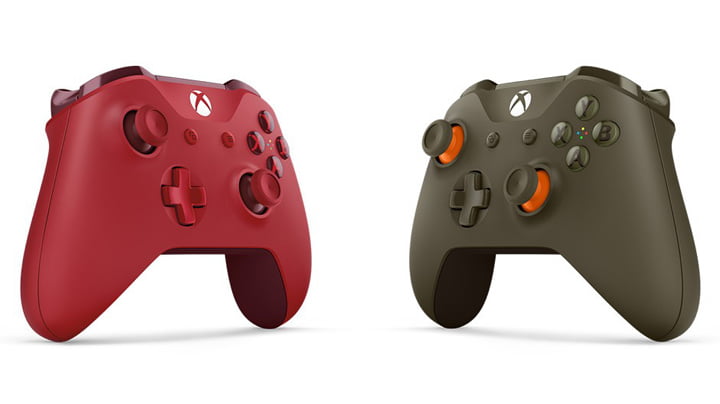 Microsoft have announced the release of two brand new colour variations of the Xbox One Wireless Controller.

The Red edition features a two-tone, deep red matte finish with gloss highlights on the bumpers, triggers, bumpers, D-pad and on the underside of the thumbsticks.

And very nice it looks, too. Unfortunately the new controller won’t be getting full release and is only available at GameStop and the Microsoft store. It’s priced at $64.99 in the US and is available now.

The second new controller is a Green/Orange edition. This variant features a dark green matte finish with gloss highlights on the bumpers,  triggers, and D-pad, as well as an orange trim under the thumbsticks.

The Green/Orange controller is exclusive to the Microsoft Store as well as Walmart. It will go on sale on the 24th January, priced $64.99. Both controller will also be available at select retailers worldwide starting 31 January, so keep your eyes peeled.

Both releases are the revised version of the Xbox Wireless Controller. Improvements on the original model include a textured grip, better wireless range and integrated Bluetooth functionality. The controllers are compatible with the Xbox One, Xbox One S, Windows 10 PCs and tablets, and Samsung Gear VR.