The E3 2017 press conferences continue with a vibrant and surprising lineup from Ubisoft.

Poor old Ubisoft. Try as they might, they can never seem to plug their leaky ship in the run up to E3. However, despite much of their games lineup being leaked, it was the best Ubisoft conference for a number of years.

Opening with a typically endearing piece of play acting by Shigeru Miyamoto will never hurt your cause, and the cheery start was followed by an onslaught of games that came thick and first.

And what games they were. For my money, the variety of experiences Ubisoft pulled together was truly impressive, and demonstrates that a large publisher can still be creative, forward-thinking and brave. In short, it was everything EA’s presentation wasn’t.

The lack of waffle between announcements was also welcome, something that Ubisoft’s past briefings have often been guilty of. For once, this was a presentation deserving of the E3 hype.

Here’s our brief round-up of everything revealed on stage at Ubisoft’s E3 conference.

Surprise! A Rabbids Mario cross-over! Who could have seen this coming? Leaks – and internet quibbling aside – this is a fun looking tactical mash-up of the Mario and Rabbids universes. The game looks beautiful, and although its sense of humour might not be to everyone’s taste, it made me laugh at least four times, which is four times more than the typical Ubisoft press conference. Mario + Rabbids Kingdom Battle will be released on August 29th, 2017.

Assassin’s Creed Origins received a brief – and curiously apologetic – off-screen demo running on Xbox One X hardware. We’ll see more over the next few days, of course. The game is set for release on October 17, 2017.

South Park: The Fractured But Whole

Spectrevision’s new game is a virtual reality horror experience, and hopefully not just because it stars Elijah Wood. Coming in spring 2018.

The long-mooted Black Flag spin-off is finally confirmed, with a moody cinematic trailer backed by yet another listless pop cover. This time it was a weedy version of Seal’s Crazy. The gameplay demo suggests a thoughtful expansion of Black Flag’s ship-to-ship combat, and its online focus makes the game an interesting counterpoint to Rare’s more jovial Sea of Thieves.

A dancing panda and an appearance by Bebe Rexha could only mean one thing: Rainbow Six: Far Dance 18, or something. Released in October on everything, including the little old Wii.

Ubisoft enters the toys-to-life style genre. A new IP that features physical space ship models that can be customised in real life, and transferred into the game. Due for release on PlayStation 4, Xbox One, and Nintendo Switch at the end of 2018.

Ubisoft’s 2016 winter sports extravaganza gets a significant content update with the Road to the Winter Olympics expansion. Due for release at the end of 2017.

Another instalment of psychotic villainy and open-world survival shenanigans from Ubisoft Montreal. The most important thing you need to know? It features a recruitable pooch called Boomer. Due in early 2018.

Beyond Good and Evil 2

Another potty-mouthed trailer to introduce the long long long long awaited Beyond Good and Evil 2 from Ubisoft Montpellier. It’s a beautiful piece of video game cinema that features a striking cast of characters, and an ambitious sense of scale. No sign of gameplay, a release date, or platform. But nonetheless, that’s how you end a press conference.

In a simple statement on Twitter, the official PlayStation account announced that this week’s event – scheduled for June 4 – is postponed.

“While we understand gamers worldwide are excited to see PS5 games,” begins the statement, “we do not feel that right now is a time for celebration and for now, we want to stand back and allow more important voices to be heard.”

Black Lives Matter protests have been taking place across the United States after a Black Minnesota man, George Floyd, was killed by a police officer on May 25, 2020. That police officer knelt on his neck and back for almost nine minutes, while Floyd called out that he couldn’t breathe and three other officers stood and watched. The killing was filmed and widely shared, which led to protests; first in Minnesota, then nationwide.

In the days of protest since, police forces and national guard have responded with force, pelting protesters and press alike with tear gas and batons and rubber bullets.

We know you all love video games. So do we. And let’s be honest: when it all gets too much, having something to escape to, for the sake of your own mental health, is important.

But there are more important things going on than the next generation of video game console. So while there have been negative responses to Sony’s decision from the usual suspects, the positive responses have been the overwhelming majority. It’s absolutely the right thing to do.

Video games will still be here tomorrow. The PlayStation 5 and PS5 games can still be revealed when this is all over. But people are irreplaceable, and fighting for them is more important.

If you’re looking for ways to help, this Black Lives Matter Carrd site features a wealth of information on ways to help, funds you can donate to, and resources covering everything from protesting to mental health.

Save up 90% on some Xbox One favourites with this week’s new Deals with Gold and Spotlight discounts. 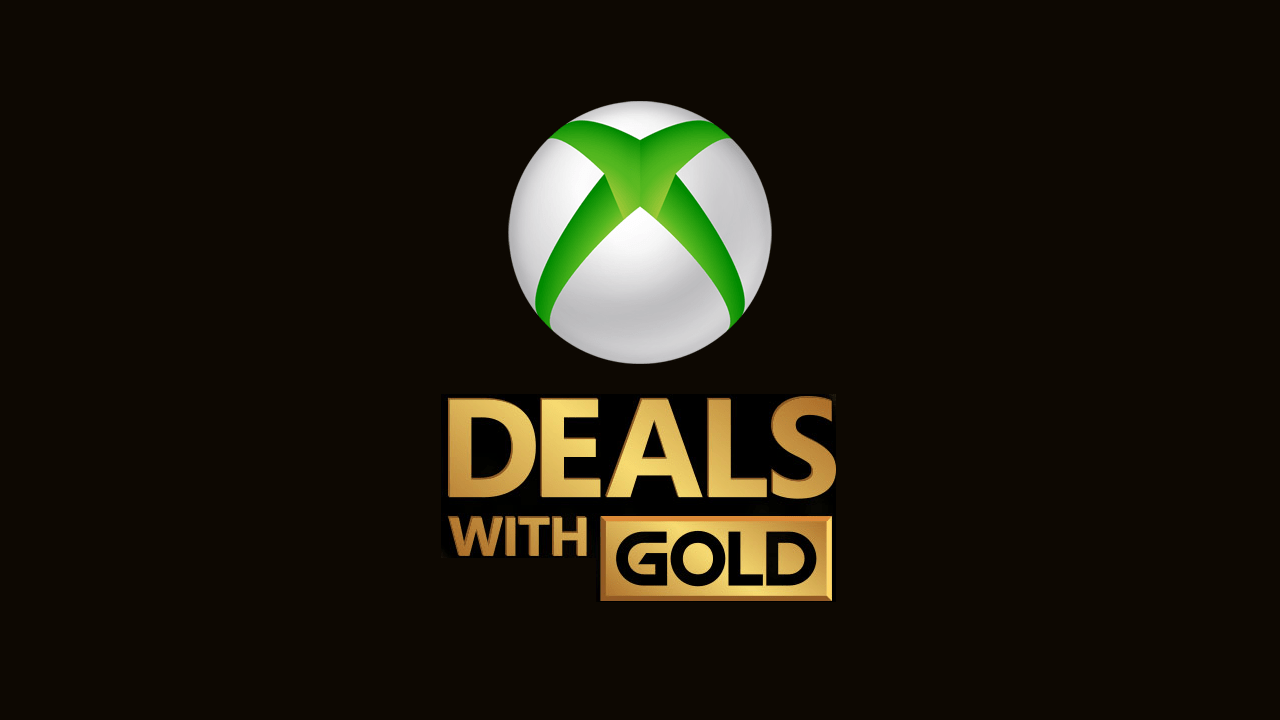 Save up 90% on some Xbox One favourites with this week’s new Deals with Gold and Spotlight discounts.

There’s a modest selection of Xbox One titles on offer this week, but a few classics and hidden gems to catch the eye.

Among the Deals with Gold, you can find 75% discounts on Deck13’s pair of acclaimed action-RPGs, The Surge and The Surge 2. The mighty Divinity: Original Sin 2 is also reduced by 30%.

This week’s Spotlight selection is dominated by games and bundles from Ubisoft’s Far Cry and Ghost Recon franchises. Deeper cuts we recommend include Stellaris, Mugsters, and Mable & The Wood.

Both sales run through to June 8 via the Xbox Digital Games store and Microsoft online store. Here’s the full lineup of discounted titles.

Get news on the latest video game deals via our regularly updated sales page. And check out our new releases section for the latest PS4, Xbox One and Nintendo Switch games. You can also follow us on Twitter and Facebook. 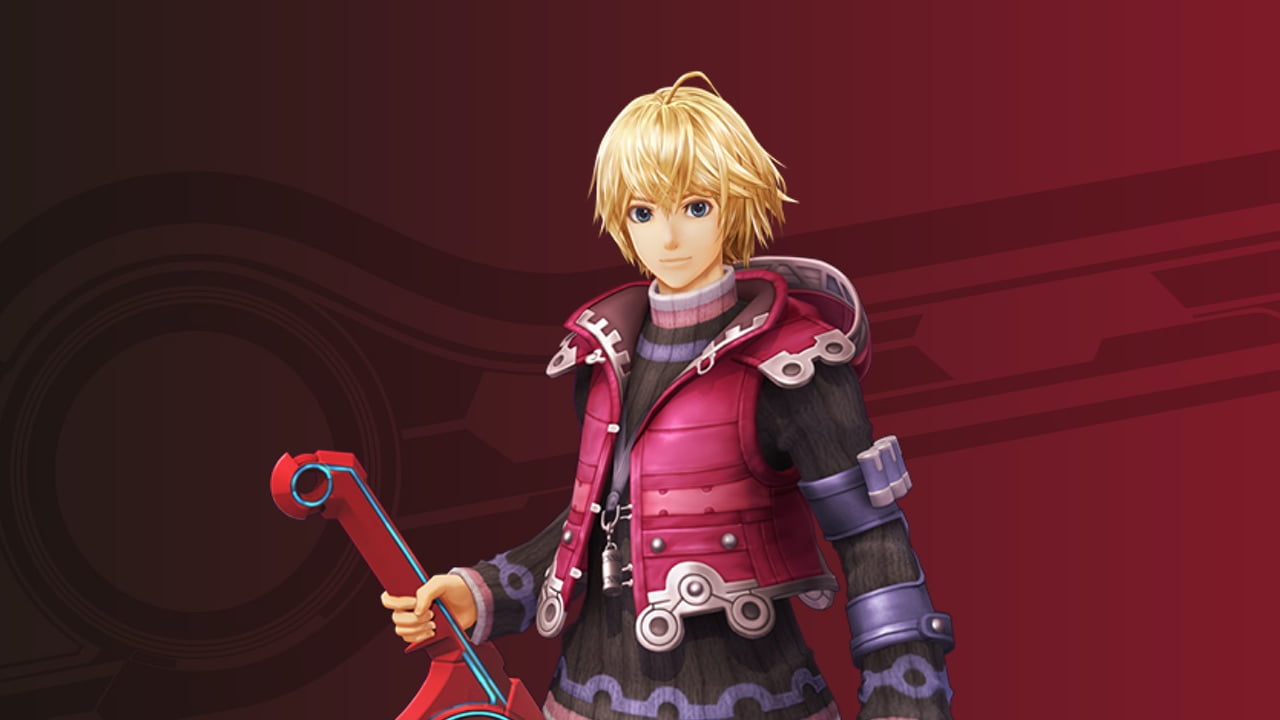 It’s a welcome return for Shulk and friends as Xenoblade Chronicles: Definitive Edition tops the UK software charts in its launch week.

Xenoblade Chronicles: Definitive Edition has taken the top spot on the UK chart, some nine years after the original version debuted at No.7. According to reports, the game has sold twice as many copies in its first week as the Wii edition. As a result, Animal Crossing: New Horizons falls one place to No.2. Call of Duty: Modern Warfare camps at No.3 for a second week.

Elsewhere in the Top Ten, a crop of PlayStation 4 games benefit from recent price promotions. The Last of Us Remastered re-enters the chart at No.9, and less discerning post-apocalyptic fans propel Days Gone back to No. 6. PlayStation VR Worlds also sneaks in at No.10.

Finally, 2K’s Nintendo Switch ports of Bioshock: The Collection and Borderlands: The Legendary Collection land at No.18 and No.22 respectively.

Here is this week’s lineup of brand new Xbox One releases. One title is quite literally awesome.

Here’s the full lowdown on this week’s lineup of brand new Xbox One video game releases. One title is quite literally awesome.

There isn’t a huge amount to be excited about on Xbox One this week, but we promised you an awesome game, so let’s talk about one.

Awesome Pea 2 is the follow-up to Sometimes You’s enjoyable 2018 retro-platformer. The original was a slight, but occasionally tricky game starring a heroic vegetable. The peaquel promises a larger serving of everything, including dungeons, enemies, and loot. The pea-souper visuals also return, beautifully recalling the dingy display of the Nintendo Game Boy.

Other new releases include Strawberry Vinegar, a quirky visual novel about making food to save your soul, and We Were Here Together, a mysterious puzzle adventure set in the wastes of Antarctica.

Each new release can be purchased from the Xbox One digital games store and Microsoft online store. Here’s the full lineup at the time of writing. We’ll keep this page updated throughout the week.

If you’re looking for some video game bargains, read our roundup of last week’s rockin’ Xbox One sales.

After a short delay in orbit, The Outer Worlds also lands on Switch this week. Obsidian Entertainment’s sci-fi RPG was well-received on its original release late last year, conjuring up some of that Fallout: New Vegas magic for many players. Virtuous, the company behind the recent Switch versions of Bioshock and XCOM-2, is handling the port. We’ll have a review for you on Thursday.

How to get every K.K. Slider song in Animal Crossing: New Horizons