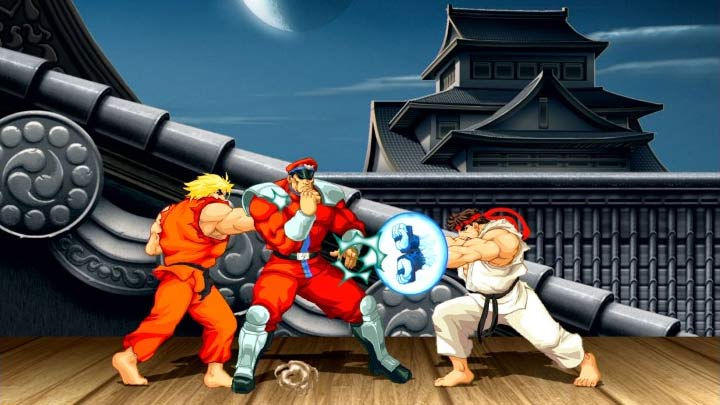 Ultra Street Fighter II will be coming to Nintendo Switch in Europe and Australia next month.

Capcom have confirmed that Ultra Street Fighter II: The Final Challengers – which is an updated version of 1994’s Super Street Fighter II Turbo – will arrive at retail on Friday May 26, 2017.

The game adds a host of features to the original release, including online play and a new Lite control option. Lite controls let inexperienced players perform special moves and combos by pressing a single button, or using the touch screen when the Switch is in handheld mode. Pro controls offer all the traditional button inputs, and if you’re after a proper D-pad, the game also supports the Nintendo Switch Pro Controller.

Ultra Street Fighter II features 17 classic characters and there are couple of additions in the form of Violent Ken and Evil Ryu.

As far as game modes go, there’s quite a bit to choose from. The single-player arcade mode pits players against 12 warriors on the path to becoming the World Warrior champion, and there’s also the standard CPU versus mode to enjoy. As for multiplayer, the game includes co-op battles, and versus mode for both online and local play.

The game’s most interesting addition is a new first-person mode called Way of the Hado. Using motion controls you can pick off opponents using the all the old moves, such as dragon punch, hurricane kick, and Ryu’s fireball super combo, Shinku Hadoken. We expect it will be fun for all of five minutes.