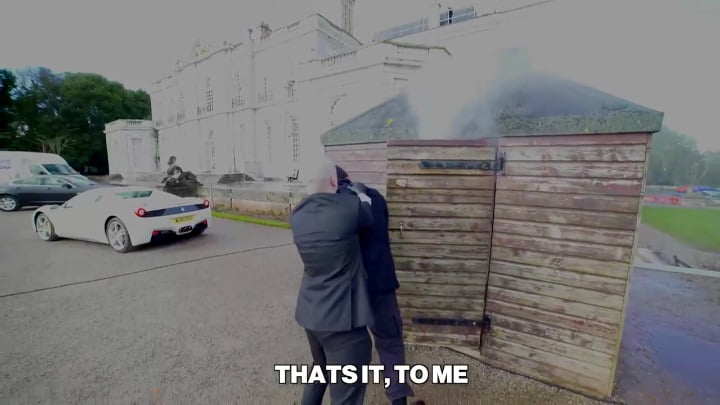 Earlier in the week, we reported on the promotional real-life Hitman game, put together by RealmPictures in association with Square Enix to promote the latest Hitman release. It was played by a load of gaming YouTubers, and they gave orders to the real-life Agent 47 from a central control room as he carried out one of his trademark hits.

But what would happen if you gave control of Agent 47 to someone other than YouTube gaming types? This is what happened when they put Barry and Paul Elliot – otherwise known as Barry and Paul Chuckle, TV’s the Chuckle Brothers – in charge of the real-life Hitman game.

It may not have always gone entirely smoothly, but you get a sense that the Chuckle Brothers might have more knowledge of Hitman than they were letting on: while they did need a little prompting from Agent 47 at certain points in the mission, they seemed to know all about his impersonation skills without any outside assistance.

Are Paul and Barry Chuckle secret Hitman fans? The jury’s still out on that one, but they certainly have a few violent tendencies. Place your bets on which celebrities are coming next, folks!

The possible reveals from Hitman developer IO Interactive range from too obvious to something entirely new.
2 minute read

IO Interactive and Warner Bros. are working on... something? And it's coming to PC and consoles? And it isn't Hitman? We don't really know much else yet.
1 minute read
© 2023 Thumbsticks | Interesting articles about video games.