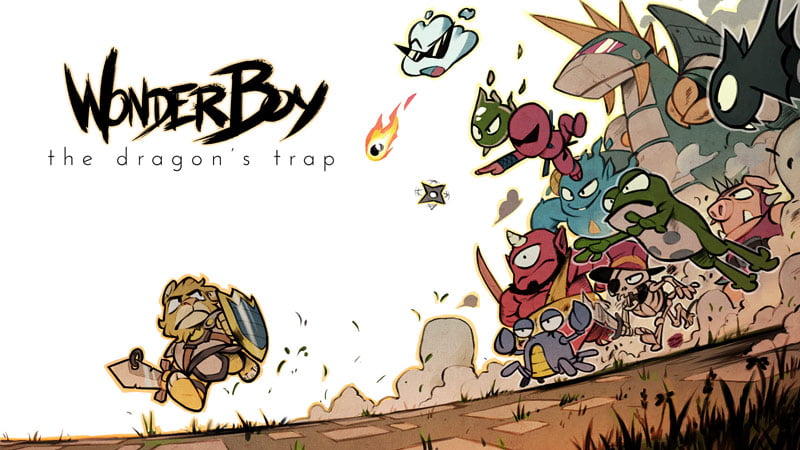 Lizardcube’s loving remaster of Wonder Boy gets a physical release on PS4 and Nintendo Switch.

There’s no hiding it. We loved Wonder Boy: The Dragon’s Trap. It dressed a classic game in a hand-drawn, Asterix-style makeover, with a tingling orchestral soundtrack, but – thanks to a bit of reverse engineering – remained so faithful to the original that you can flip between modern and retro styles, and even reuse your old cheat codes from 1990.

There’s something a little lacking about digital-only releases, though. Yes, it makes sense from a publisher’s perspective; it reduces investment and consequently, risk. But if a game does prove to be popular, you definitely want them to follow up with a shiny boxed, retail version for the collection-minded.

Wonder Boy: The Dragon’s Trap is definitely a game that deserves a physical release, and now it does: publisher Headup Games has worked with developer Lizardcube, and original publisher DotEmu, to bring a retail version of The Dragon’s Trap to the PS4 and Nintendo Switch, including the following extras:

The physical release is available to order now from Amazon, and should also be making its way into stock at other retailers, with an MSRP of £34.99 / €39.99.

If you’ve already got a physical copy of the game, don’t be confused: it’s worth mentioning at this stage that publisher Nicalis already offers a retail version of Wonder Boy: The Dragon’s Trap, also for both PS4 and Nintendo Switch, but that’s only in North America. The Headup Games release brings the game to European and Antipodean markets, so where you live will determine which version you can buy.

The important thing is that as many people as possible get the chance to pick up this little gem.