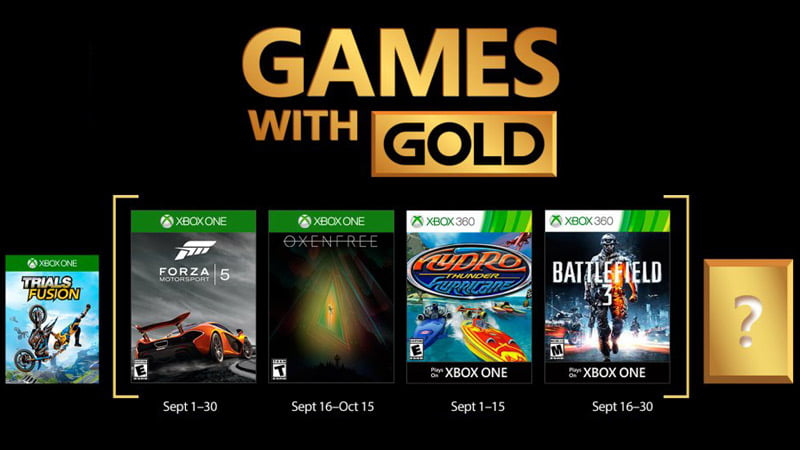 Microsoft has announced a solid lineup of titles coming to Xbox Games With Gold in September.

Another month, another really good selection of games coming to Games with Gold. From September 1st you can pick up the fifth edition of Turn 10’s reliable racing simulation, Forza Motorsport 5. The game was a launch title for the Xbox One back in 2013 and although it doesn’t have the depth of content offered by its successors, it should work nicely as an appetizer for October’s Forza Motorsport 7.

Coming to the 360 on the same day is another racer, but one that offers a much more arcade-like experience. Vector Unit’s Hydro Thunder Hurricane is a game that will surely show its age – it was originally released in 2010, after all – but if memory serves, it will still serve up some enjoyable and chaotic split-screen multiplayer shenanigans.

Both 360 titles are backward compatible and playable on Xbox One.

Don’t forget, you can still download two of August’s Games with Gold releases. Slime Rancher is available until the end of the the month, as is the marvellous Red Faction: Armageddon.

Don’t forget to bookmark our new releases page for the weekly lowdown on all the games coming to PlayStation 4, Xbox One and Nintendo Switch.