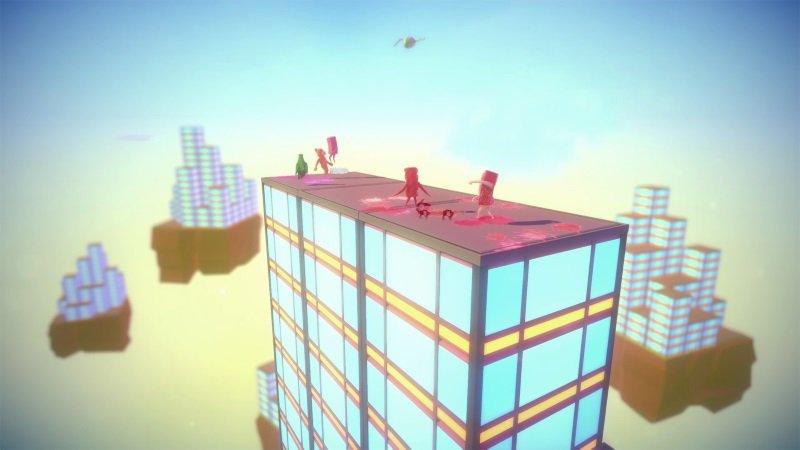 Imagine if a bag of Haribo started beating the tar out of each other. Got it? Right. That’s the elevator pitch for A Gummy’s Life.

With a new Mario Party game just around the corner, chaotic multiplayer games are living something of a renaissance period at the moment. Stikbold. Genital Jousting. Overcooked. Gang Beasts.

That final game, Gang Beasts – the silly, squishy, hyper-violent deathmatch – is probably the closest point of reference to A Gummy’s Life. But instead of chucking plasticine-fleshed people under trucks or into mincers, your opponents are the various jelly shaped creations found inside popular mixed sweet collections, like Haribo Starmix, Jelly Babies, cola bottles, jelly beans and more.

You can play A Gummy’s Life online with up to eight players, or with 16 players including local players. There are also a stack of different game modes which bring different styles of play to the fore. Similarly, the gummies have different strengths and weaknesses, which makes a bit of a change for this style of game; it fuses a touch of Smash Bros. character selection with the physics-based abject chaos of games like Gang Beasts.

Most important, though, is that A Gummy’s Life is both easy to pick up and very silly. And it’s a game that has silly in spades.

You can download A Gummy’s Life now on Steam.