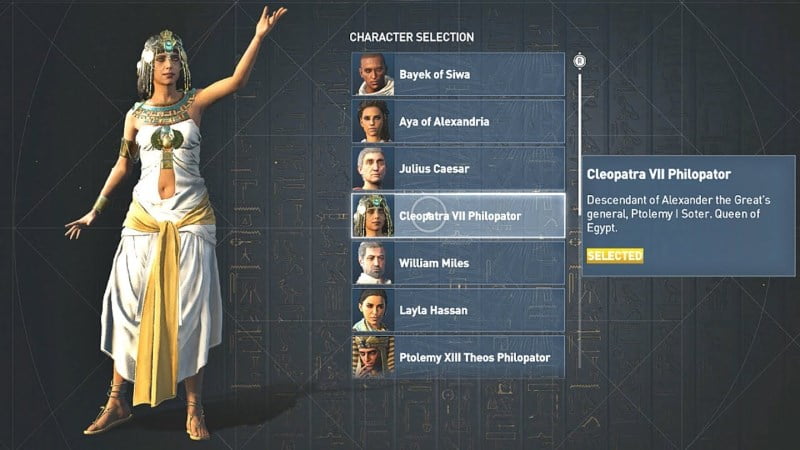 Here at Thumbsticks, we’ve wanted a feature like the Assassin’s Creed Discovery Tour feature for a long time. Ubisoft make stunning, beautifully-detailed open worlds… then go and fill them with fetch quests and busy work, that tend to get in the way of just enjoying the remarkable sense of place their team creates.

Thankfully, available now, the Assassin’s Creed Origins Discovery Tour allows you to go on a combat-free exploration of the areas from the game. It includes 75 guided tours – ranging from 5-25 minutes in length – so you can learn more about the history of the people and places represented in the game, in an immersive way.

And it’s free, for all owners of the main game, which is a massive bonus. If you don’t own the game, you can pick up just the Discovery Tour, as a standalone on PC, for £15.99.

But because this is Ubisoft – who like to cram their games to the rafters – there’s still a wealth of options, characters and costumes. Here’s the full list of playable characters from the Assassin’s Creed Origins Discovery tour.

While there are ‘achievements’ in the Discovery Tour, all the characters and costumed are unlocked and available at any time. There’s no grinding or fetch quests, just whichever ratio of chilled immersion and guided learning you prefer to take in.