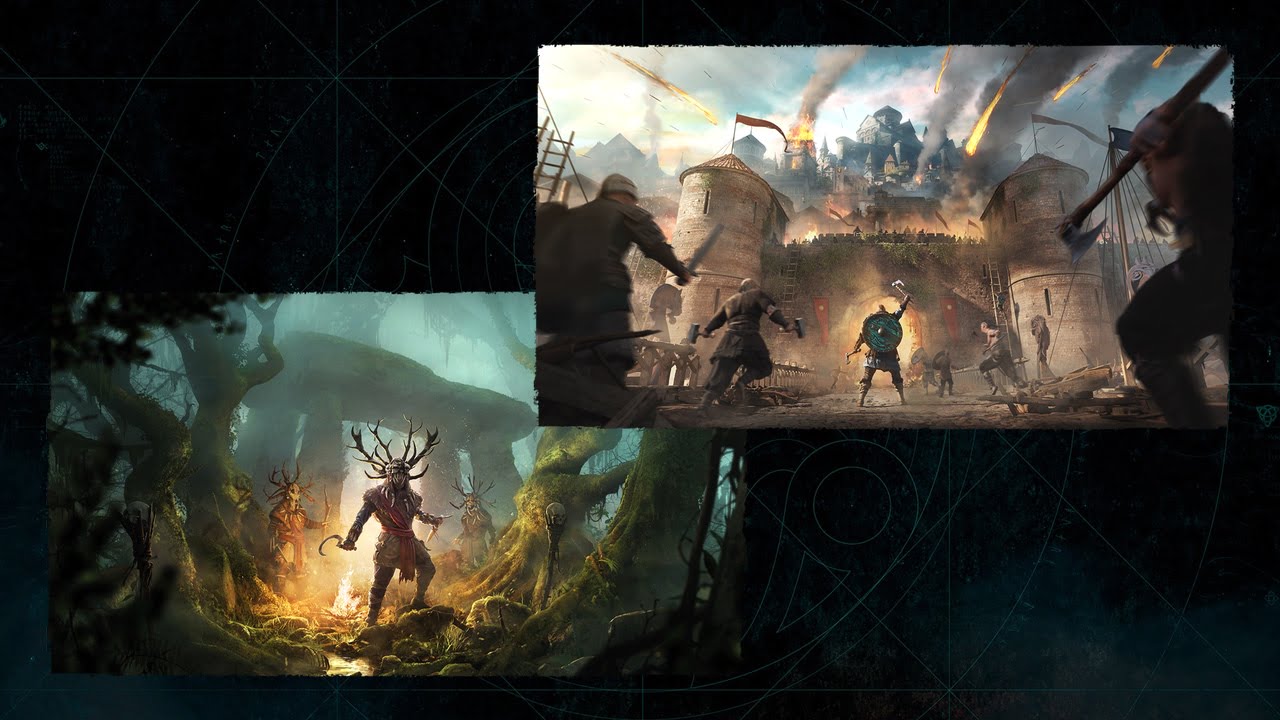 Players can look forward to two narrative expansions, free seasonal content, and the return of the historical exploration Discovery Tour mode. There’s a lot to take in, so grab a notebook and pen. Or, erm, bookmark this page.

The paid Assassin’s Creed Valhalla season pass features two major content expansions, new territories to explore, and a new exclusive quest called The Legend of Beowulf. The first expansion – Wrath of the Druids – be released in spring 2021 and takes players to the island of Ireland to investigate a mysterious – and no doubt naughty – druidic cult. The second – The Siege of Paris – follows next summer and restages one of the most notorious battles in Viking history.

The season pass is supported by a free content roadmap that will be delivered across four seasons. Each season lasts for three months and includes narrative content and in-game events. The first launches in December and includes a new settlement area, a traditional Viking Yule Festival, and a new River Raids game mode. It also adds new player skills and abilities, plus weapons, gear, and cosmetic items.

Season 2 will launch next March and introduces a new game mode that builds on Valhalla‘s core combat mechanics. It will also feature new festivals for player settlements and another treasure trove of items and cosmetics.

God, I miss Desmond Miles so much.

Take a look at what’s in store in the game’s new trailer.

Bookmark our new releases page for the latest games and add Thumbsticks to your Twitter and Facebook feeds for daily video game news updates.