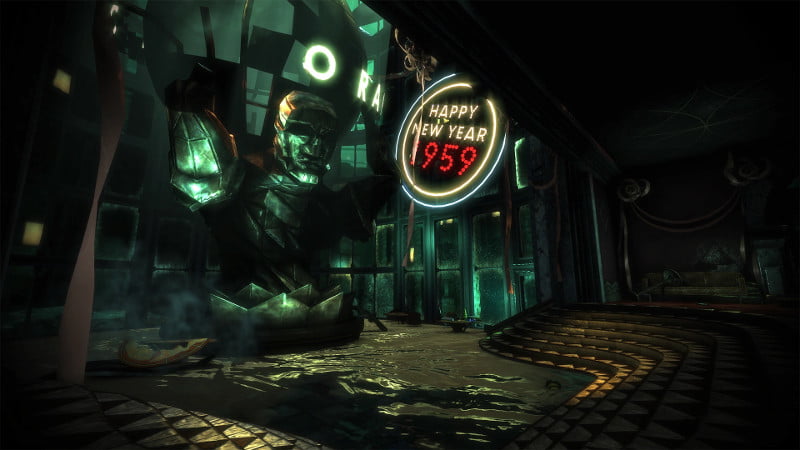 If you build it, they will come – BioShock Remastered is coming to Mac OS X very soon.

BioShock, the stellar immersive sim from 2007, has been available for Mac OS X since October 2009. 2010’s BioShock 2 would follow in March 2012, and BioShock Infinite – originally released for PC and consoles in March 2013 – would appear on Mac a mere six months later, in August 2013.

The gap was closing. Feral interactive were doing sterling work, getting great games in front of as many people as possible. Yes, even Mac and Linux players. You can snigger all you want in the back, but inclusivity isn’t something to be mocked, alright?

Then BioShock: The Collection launched in September 2016, and everything changed. A bit.

BioShock Infinite, which was relatively recent and didn’t need a remaster, stayed largely untouched. But BioShock and BioShock 2 – in a creaking customised Unreal Engine ‘2.5’ – were showing their age, and they were remastered. Hard. It wasn’t always positive.

Merits of remastering aside, the interesting thing is that while BioShock: The Collection was available to current-generation console players and PC gamers alike as a retail/digital bundle, if you already owned the games on Steam, you automatically got access to the remasters (except Infinite, which didn’t need it).

That’s a nice touch. In a world where some people have literally bought Final Fantasy VII five or six times – for various different platforms over the years – it’s nice to see free upgrades and updates.

And the net result of this automatic upgrade was that the Steam store listings for BioShock and BioShock 2 automatically ‘upgraded’ to the remastered versions of the game.

Feral Interactive have been in touch to point out that their Mac OS X port of BioShock (2009) has not been available for Steam before; only via their own online store, the Mac App Store, or other third party outlets, like Green Man Gaming. They were not in fact rendered unavailable by the remaster updates to the Steam store listings as was originally stated.

The impending release of the Mac version of BioShock Remastered – on August 22nd, 2017 – therefore also marks the game’s debut for OS X via the Steam store. Apologies for any confusion, and thanks again to Feral Interactive for the correction.

Note the difference in operating system icons (Mac vs Windows) on the two listings.

The BioShock 2 Remastered listing does also include a key for the original version, but there is currently no way to access the original BioShock 2 listing on the Steam store due to this redirect.

Only the Windows icon displays on the listing for BioShock 2 Remastered.

As a result of operating system filtering within Steam search, and the way the updated listing is displayed, this has become somewhat confusing for non-Windows users. And us.

The original version of BioShock 2 is still available from the Feral Interactive store, though. This will then supply you a Steam key, which you can redeem via the Steam client.