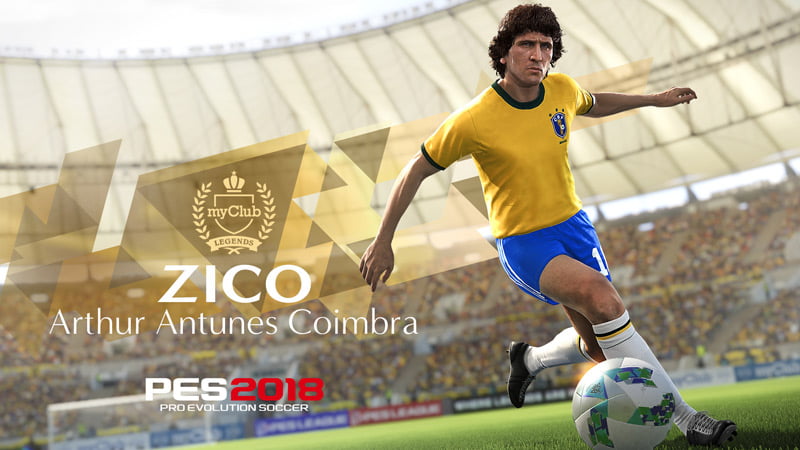 Konami announce that Brazilian football icon Zico has signed up as an Ambassador and Legend Player for PES 2018.

Zico’s footballing prowess and spectacular free kicks are much admired, but in signing up to be a PES 2018 ambassador he has revealed his most spectacular talent yet, being an utterly convincing spokesperson for video game:

“Of all the football video games I’ve played, I’ve been the most impressed with the level of realism found in PES 2018; the gameplay and control feels genuine, including the movement and style of the players. It’s an honour to be selected as an ambassador and Legend Player to represent PES, and I’m excited by this partnership to bring the best football experience to fans.”

Zico is now available – along with Brazil teammate Socrates – in PES 2018‘s myClub mode. It’s worth noting that the classic kits for the Brazil national team (pictured above) and CR Flamengo are not included.

The game is out now on PlayStation 4, Xbox One, Windows PC, PlayStation 3 and Xbox 360. A mobile version is also available on iOS and Android.