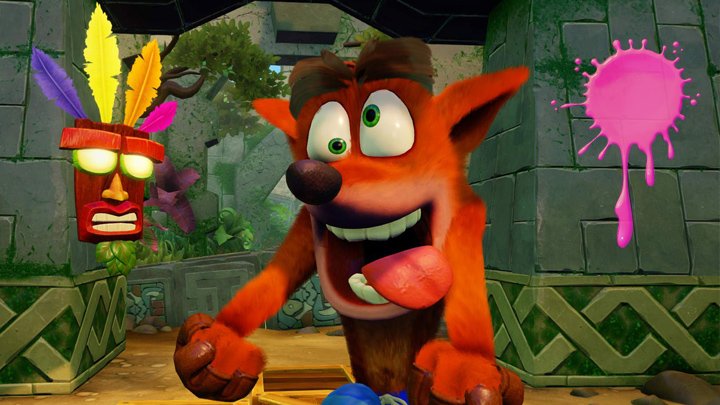 I’m not sure anyone realised just how successful Crash Bandicoot N.Sane Trilogy was going to be. After three weeks on release, Vicarious Visions’s excellent remaster of the first three Crash Bandicoot games has returned to the top of the UK Top 40 Entertainment Software charts. It’s a remarkable achievement that will surely see many publishers take a careful look through their back catalogue of PlayStation titles.

According to GamesIndustry.biz, a mere 700 copies separated the game from Splatoon 2. Nintendo’s paint-splatting sequel out-performed the Wii U original by 59% , and is the third most successful Switch launch since the console’s release in March. The two games ahead of it – Mario Kart 8 and The Legend of Zelda: Breath of the Wild – both climbed back up this week’s chart to positions 4 and 6, no doubt boosted by a new influx of Switch consoles available at retail.

Last week’s No.1, Final Fantasy XII: The Zodiac Age, falls to No.7. The rest of the top ten features the trusty stalwarts of FIFA 17, Grand Theft Auto V, Overwatch, and a resurgent Fallout 4.

Elsewhere, it’s good to see the return of another old franchise find an audience, with Micro Machines: World Series holding steady at No.14.

You can see the full Top 40 Entertainment Software chart on the UKie website.