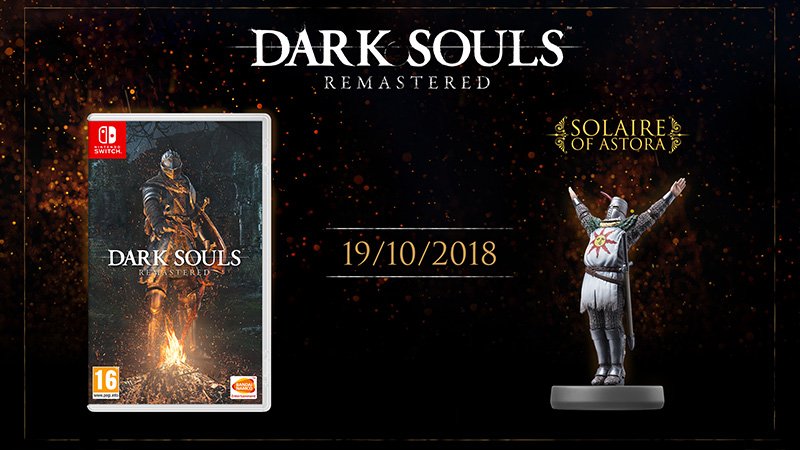 The Nintendo Switch edition of Dark Souls: Remastered was originally set for release alongside the PlayStation 4, Xbox One, and PC versions in May, 2018. However, a month before release Bandai Namco delayed the game, tweeting:

“Due to the nature of causality, we must announce that the Nintendo Switch version of #DarkSoulsRemastered will be pushed back to summer of 2018.”

Bandai Namco has today confirmed that the game – and the super-cool Solaire of Astora amiibo – will be released on October 19, 2018. The postponed Nintendo Switch network test event has also been rescheduled, with a date to be announced soon.

Dark Souls: Remastered improves on the 2011 original with an improved resolution, a (hopefully) steady 30fps frame rate, an increase in available online players, and all of the original release’s downloadable content expansions.

The Solaire of Astora amiibo will also allow players to use the iconic “Praise the Sun” gesture right from the start of the game.