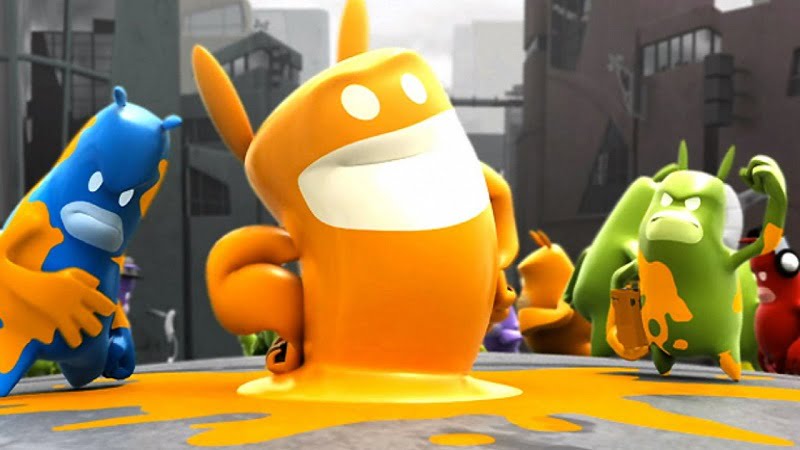 THQ Nordic has announced that de Blob, the colour-based puzzle game, is coming to Switch on June 26th.

The Nintendo Switch will receive the remastered version of de Blob that came out on PC and consoles last year.

Check out the trailer below:

The game will be available both digitally and physically, and it will cost $29.99 USD (which is about £22). That’s a little bit higher than the version which was released for PS4 and Xbox One just last year. Still, you’ll be able to play de Blob on the toilet.

Despite its release in 2017, de Blob was originally a Nintendo exclusive. THQ released it for the Wii way back in 2008, and was well received. Blue Tongue Entertainment made the game, the developer behind Jurassic Park: Operation Genesis.

If you’ve never played it, de Blob sees the titular hero (a literal colourful blob) trying to save Chroma City from the INKT Corporation. He does this by painting the city a variety of different colours and unlocking new areas as he goes.