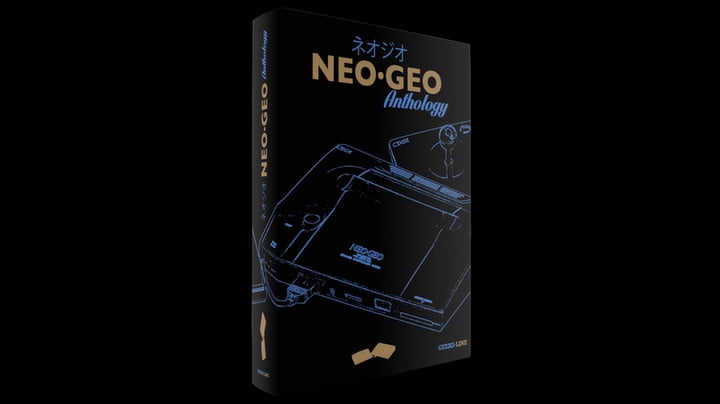 Geeks-Line Publishing continues to document the history of game consoles with the Neo Geo Anthology.

We’re pretty cautious when it comes to Kickstarter, here at Thumbsticks. We can’t cover every campaign, and choosing one over another is difficult when so many variables are in play. Even the most promising and well-supported projects can run into trouble, so whilst we wholeheartedly support the platform, we tend to back our horses carefully.

All that said, here’s a new project from the folks over at Geeks-Line. The Paris-based publisher is currently mid-way through a Kickstarter campaign to fund the production of their latest book, an expanded English translation of Neo Geo Anthology.

The reason we’re highlighting this specific project is simple. We absolutely loved their work on the recently released, Nintendo 64 Anthology.

Nintendo 64 Anthology was a comprehensive and beautifully presented look back at one of Nintendo’s most important yet divisive consoles. Encyclopaedic in its thoroughness, we expect it will remain the definitive guide to the system for some time to come. It certainly exceeded our expectations and stands out amongst the recent glut of video game coffee table books. If author Franck Latour is as detailed and insightful with Neo Geo Anthology, the book will become an essential reference for SNK enthusiasts.

Geeks-Line promise that the book will run to over 500 pages and will include an entry on every AES, MVS, CD, Hyper Neo Geo and Pocket Neo Geo game, developer interviews, plus a detailed history of the SNK Corporation.

It’s due for general release in June 2017. You can find out more and support the project at the Neo Geo Anthology Kickstarter page.