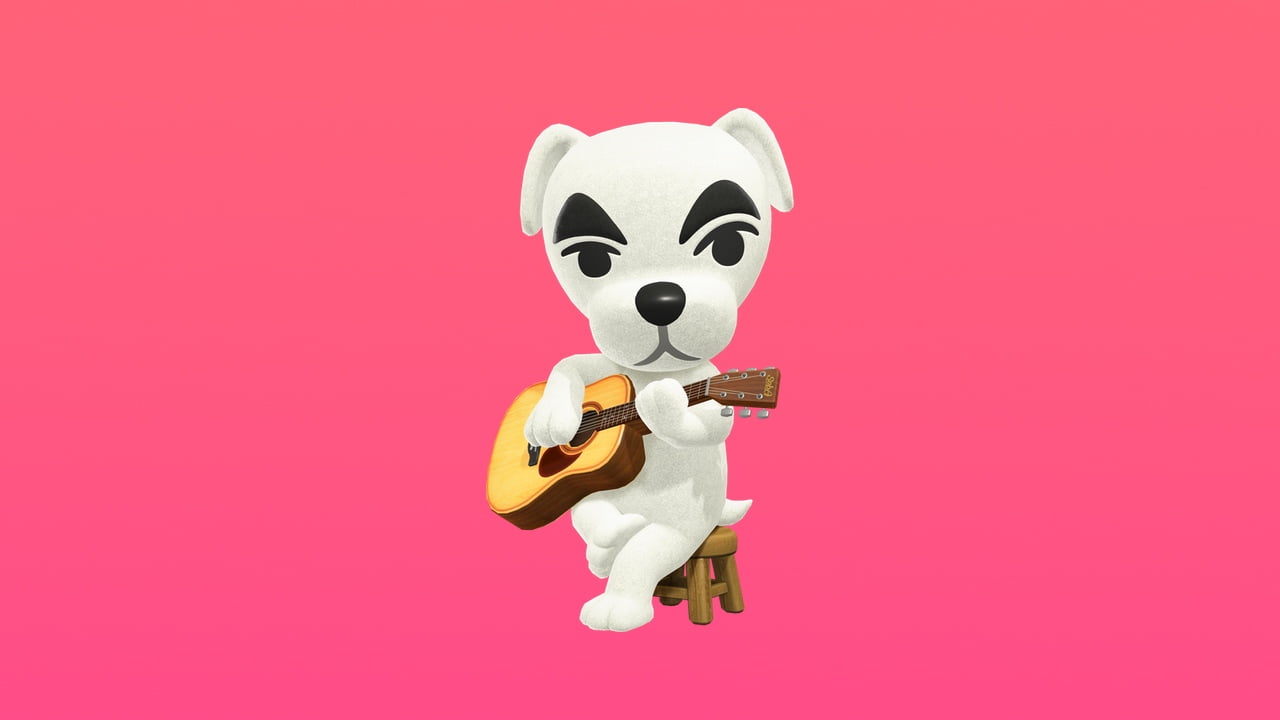 Want to get every K.K. Slider song in Animal Crossing: New Horizons? Here’s the full tracklist and collector’s guide. Nothing shredded, nothing gained.

One of Animal Crossing’s most beguiling characters is cool-cat musician K.K. Slider, who’s a dog. His urbane, nonchalant demeanour has made him a fan favourite since he first appeared in Animal Crossing on Nintendo GameCube.

K.K.’s design is based on long-time Nintendo composer, Kazumi Totaka. Also, his Japanese name is Totakeke, which is a contraction of Totaka K. It’s a groovy tribute that we really dig. (Though Totaka-san, also a cool cat, is not himself a dog.)

Once your town reaches 3-star status in Animal Crossing: New Horizons (speak to Isabelle for details on that), K.K. Slider will make a guest appearance outside Resident Services. He will then perform once a week from 6 pm on Saturdays.

Here’s the full list of K.K. Slider songs and our guide to collecting them. Pull up a chair.

How to buy and request K.K.Slider songs

One random song can be purchased every day for 3,200 Bells from the Nook Shopping terminal in Resident Services. Once you purchase 100 items – of any type – you’ll unlock the Nook Shopping app on your NookPhone. This lets you buy a song from anywhere you like. Ah, the magic of online shopping.

Tracks can also be obtained by watching K.K. Slider perform live. Just request a song from the list below and K.K. will slip you a copy after his performance.

Some songs can only be obtained at a live performance. At the time of writing these are confirmed as being Animal City, Drivin’, and Farewell. You will also receive a copy of K.K. Birthday on your birthday, and the game’s title theme, Welcome Horizons, the first time you watch him perform.

How to watch K.K. Slider perform

K.K. pitches up in the town plaza every Saturday. You can speak to him throughout the day while he soundchecks, but he’ll only take requests from 6 pm. If there’s an event running – such as a fishing tourney – he’ll visit on Friday instead.

K.K. will play any song of your choosing or a random tune based on your mood. He’ll give you a copy of the track right after the gig, or mail it to your home if you have guests. You can ask him to play as many songs as you like, but you’ll only get a copy of the first. The only way to get Animal City, Drivin’, or Farewell is to request them.

When you request a song, make sure you enter the title correctly or it will be considered an invalid. Here’s the complete list.

How to play K.K. Slider songs

If you have music player furniture – anything better than a radio, basically – you can register the tracks you own and take a closer look at the glorious sleeve art. Songs can be played one at a time or set to shuffle. Enjoy that K.K. Dirge with the volume high.

Read our round-up of five useful Animal Crossing websites and our guides to catching elusive insects and visiting friends. You can also follow Thumbsticks on Facebook, Google News, Twitter, and Flipboard.