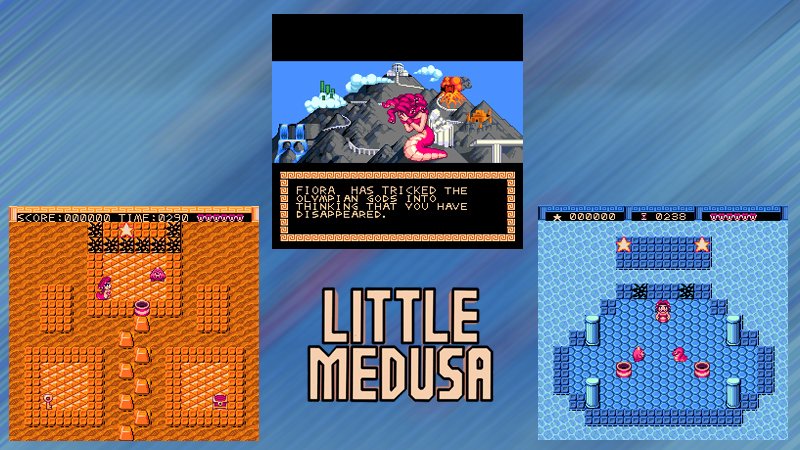 Looking for a new game to play on the Super NES or Sega Genesis? Great news! Little Medusa is out now.

The Super NES and Sega Genesis get a brand new game this week from retro-platform specialists, Mega Cat Studios.

Little Medusa is an action puzzle game set in ancient Greece starring everyone’s favourite snake-headed charmer. The plucky gorgon has to free Mount Olympus from the clutches of the evil Titans by (you’ve guessed it) solving tricky puzzles, avoiding traps, and defeating enemies by turning them to stone. Hey, it’s a just like a game from the 90s.

Little Medusa is being produced in physical cartridge format for both 16-bit consoles – as well as for the original NES –  and is available to buy through the official Mega Cat Studios’ store.

And if buying the game for a crusty old console isn’t feasible, you can also see Little Medusa in the flesh – and meet the development team – at PAX West, which runs from August 31-September 3, 2018. You can also try out the free downloadable demo of the NES version right now.

Finally, a quick word on the name Little Medusa. It’s brilliant. We see some really crappy video game names in the Thumbsticks inbox, so Little Medusa deserves some recognition just for that.