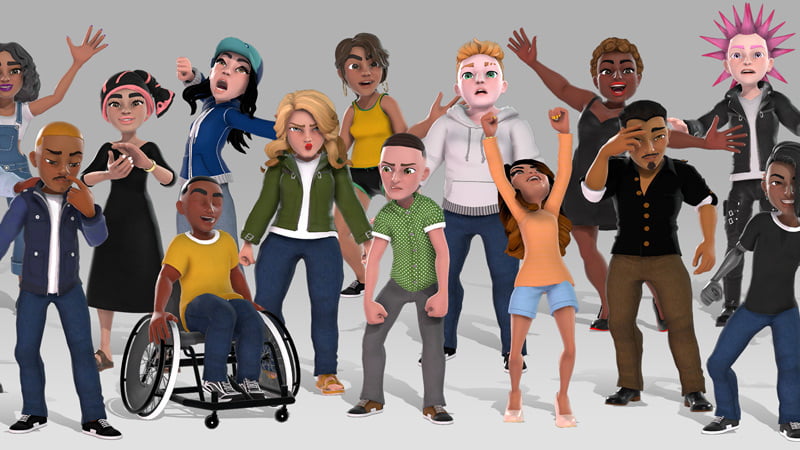 The latest upgrade to Xbox Avatars is released today to Insiders.

The new editor can be found via the Xbox Insider Hub’s Insider content tab from today, with full dashboard integration coming at a later date.

The app will include a wide range of customisation options at launch, with an improved selection of body types and gender-neutral clothing. There’s also a whole new category of appearance items and accessories, featuring everything from make-up and nose rings, to limbs and fingernails. Microsoft say more will be unlocked soon.

Other upgrades include a vastly improved colour customisation. Each element of an Avatar – including skin tone, accessories, hair, and props – can now be tweaked from a full-spectrum colour wheel. Closet items are now able to support multiple colours.

The new Avatars can also be posed for use as a Gamerpic using a range of emotes, advanced camera controls, and background colours.

As someone who has made one single adjustment to my Nintendo Mii in 12 years – a sobering swap of my hair colour from brown to grey – there’s probably too much customisation here for me, but anything that helps players better express and represent themselves is to be welcomed.

They’re also a vast improvement on the oddly disturbing appearance of the original avatars..