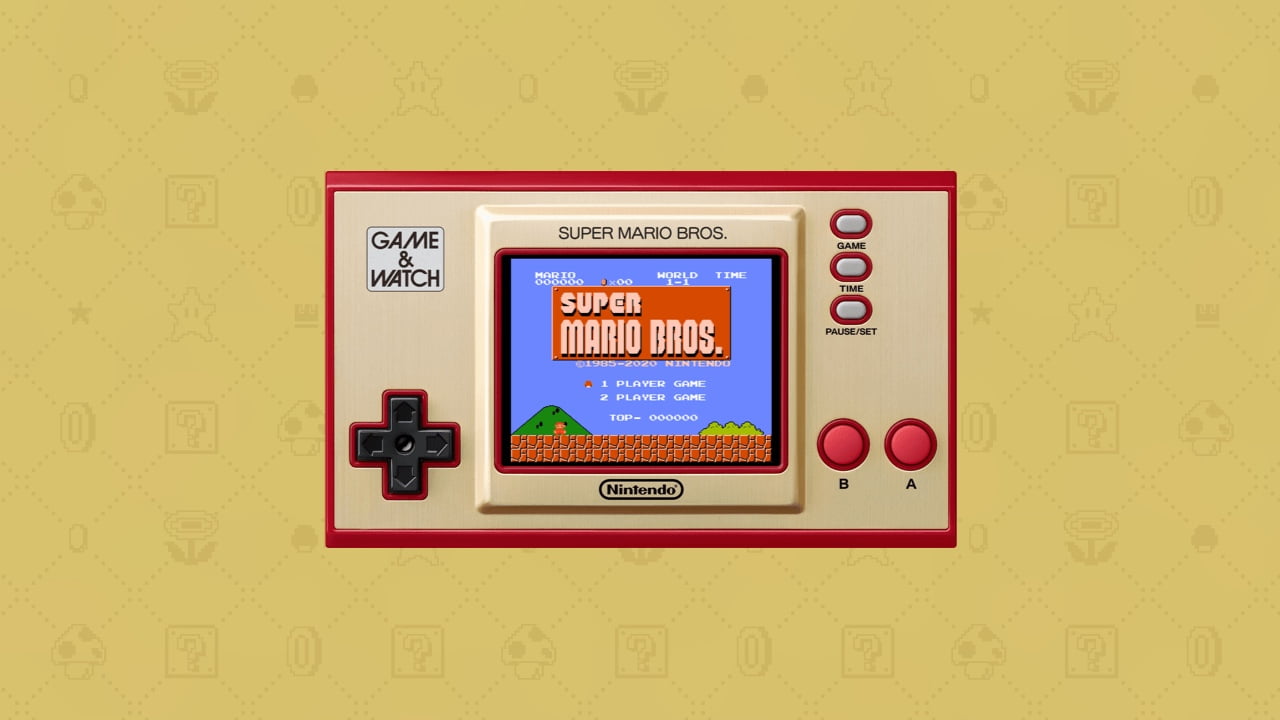 Nintendo’s Super Mario Bros. 35th Anniversary celebrations have been a hot mess of the good, the bad, and the confusing.

The release of SNES compilation Super Mario All-Stars via Nintendo Switch Online was welcome, but Super Mario 3D All-Stars Nintendo Switch irked many fans with its modest upgrades (although we liked it quite a bit). Mario Kart Live: Home Circuit and battle-royale platformer Super Mario Bros. 35 have also been well received, but a Lakitu cloud continues to hang over the anniversary.

The main area of concern is the limited-time release of some anniversary products. Super Mario 3D All-Stars is only available in physical and digital form until the end of March next year. And although stocks are plentiful at the moment, it seems a curious choice given the game is already the 10th best-selling title of the year in the US. Super Mario Bros. 35 will also go offline at the same time.

Nintendo has now quietly confirmed that its next celebratory product – the Game & Watch: Super Mario Bros. system – will also be limited to the same release window following its launch on November 13.

The device is a close replica of the Game & Watch systems Nintendo released throughout the 1980s. Unlike the original units, which had simple LCD screens, the new version features a full-colour LED screen and includes the original Super Mario Bros. and Super Mario Bros. The Lost Levels NES games, plus a reworked version of the Game & Watch title, Ball.

In an update to the product’s website, Nintendo says:

“The Game & Watch: Super Mario Bros. system (releasing Nov. 13) will continue to be shipped to retailers through approximately March 31, 2021, and will be available for purchase while supplies last.”

On one hand, it’s good to know that production of the system will continue for the next 2-4 months, giving fans that miss out on the launch allocation another chance to pick up the device. On the other hand, it’s disappointing that Nintendo continues to limit the production of high-demand products. We’ve been here before with amiibo and the NES and SNES Minis. It’s getting tiresome.

Pre-orders for the system are now open across Europe, but North American Nintendo fans will have to the play the waiting game a little longer.

Visit our new releases page for the latest games and add Thumbsticks to your Twitter and Facebook feeds for daily video game news updates.