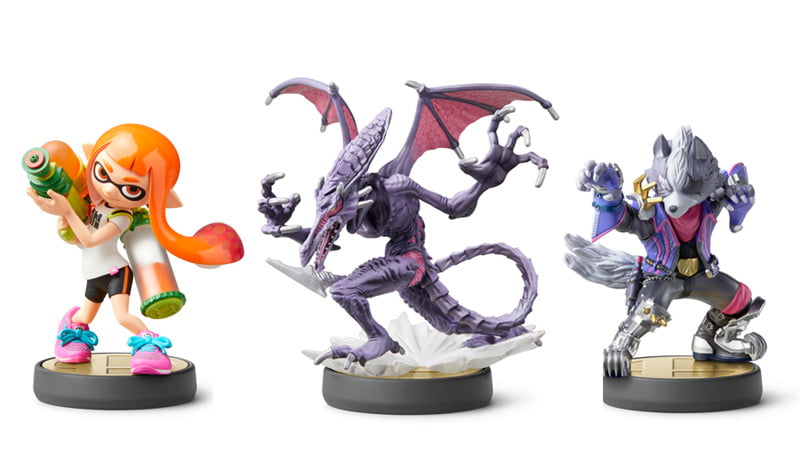 Nintendo has confirmed the release date for three new amiibo that will be compatible with the forthcoming Switch exclusive, Super Smash Bros. Ultimate.

Fan-favourite Ridley will be released alongside a Splatoon Inkling and Wolf from Star Fox. They’ll drop day-and-date with the game on December 7, and will be priced at $15.99.

According to the tweet from the NintendoVS account, many of the amiibos released alongside Super Smash Bros, for Wii U and 3DS will also be reissued later this year, priced at $12.99.

Ridley, Inkling and Wolf are coming to the Super Smash Bros. series of #amiibo! These amiibo will arrive 12/7 and will retail for $15.99.

Looking for an original Super Smash Bros. amiibo? Many of these will also be re-released starting later this year and will be $12.99 pic.twitter.com/Pd32ehkuCZ

Smash amiibos for Daisy, Pichu, and the Ice Climbers have already been confirmed, but fans are still waiting on news of figurines for Pokémon Trainer and Solid Snake.

Another huge question also remains. Will the reissue of Wii Fit Trainer feature the original face, or the new face unveiled by Masahiro Sakurai during Nintendo’s interminable E3 2018 direct? Woe is us.

Super Smash Bros. Ultimate will be released worldwide for Nintendo Switch on December 7, 2018.