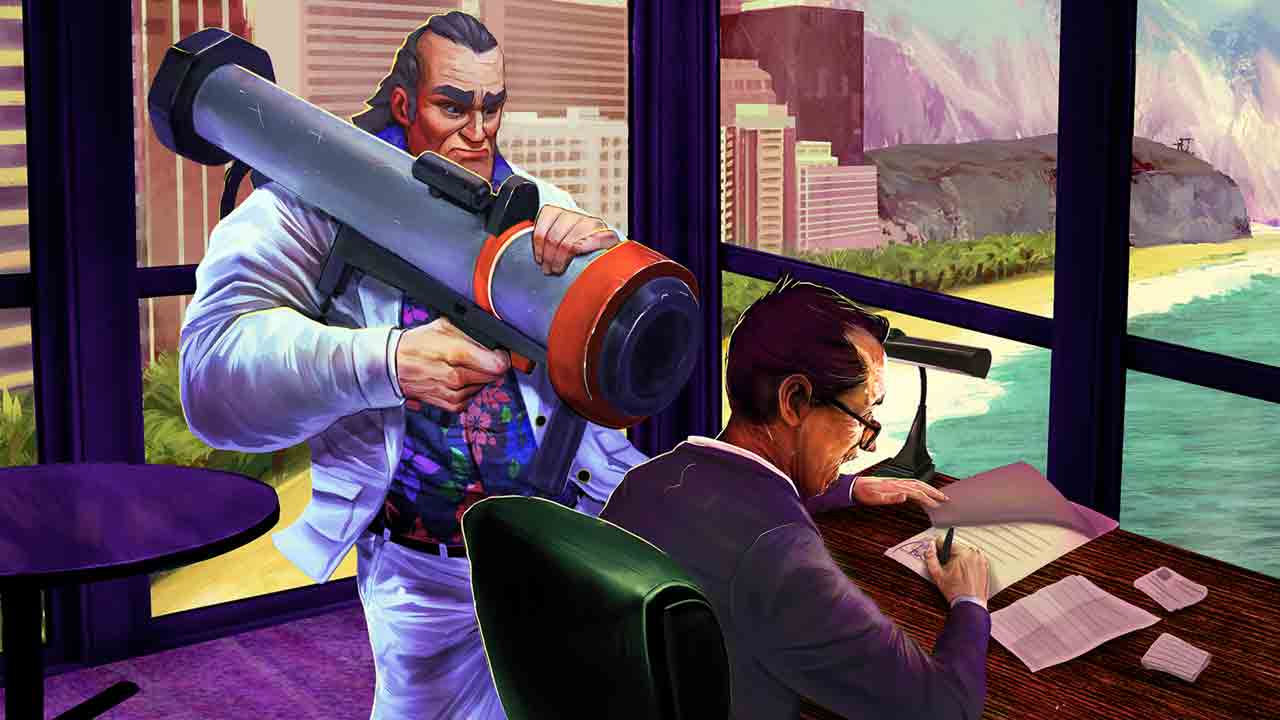 Shakedown: Hawaii, Vblank Entertainment’s ambitious sequel to Retro City Rampage, will be released next month on PC and console.

Vblank Entertainment has confirmed that Shakedown: Hawaii will be released on Nintendo Switch, PlayStation 4, PS Vita and PC on May 7, 2019.

The PS Vita edition will also get a limited physical run of 4,800 units, and will be available to pre-order from 10am PT on May 3, 2019. A Nintendo 3DS version is also still planned for release at a later date.

Shakedown: Hawaii is the first new game from developer Brian Provinciano in seven years. Its predecessor, Retro City Rampage, was first released in 2012, before coming to almost every conceivable video game platform, including the PSP, and, in a stripped down form, MS-DOS. The game was a wonderful love letter to pop culture, the Grand Theft Auto series, and 8-bit gaming.

Vblank began development on Shakedown: Hawaii in 2015. The follow-up builds upon the first game with improved visuals that evoke the 16-bit era, a vast open world to explore, and gameplay that combines fast-paced action with an empire building simulation.

The extended gameplay trailer gives a taste of what’s in store.