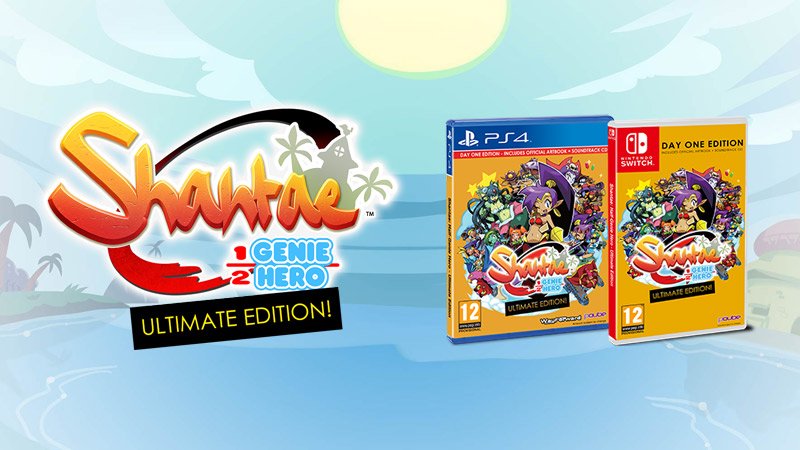 PQube and WayForward bring the retail version of Shantae: Half-Genie Hero to PlayStation 4 and Switch in April.

Shantae: Half-Genie Hero – Ultimate Edition will get its European retail release on April 27, 2018. All pre-order and launch copies of the game will come bundled with a 30-song Risky Beats soundtrack CD, and a one hundred page art book containing previously unseen sketches of Shantae and her chums.

The game itself includes all former DLC add-ons including the Pirate Queen’s Quest and Friends To The End story expansions, plus a Hard Core Mode and the upcoming Costume Pack mode, which adds Ninja Shantae, Beach Shantae and Officer Shantae challenge modes.

Also included is content previously only available to backers of the game’s successful 2013 Kickstarter campaign, such as the Tinkerbat Transformation and colour swaps. The game has certainly come a long way since we spoke to WayForward’s Matt Bozon on the eve of its crowdfunding push.

Pre-orders of Shantae: Half-Genie Hero – Ultimate Edition are on open now on the PQube website.