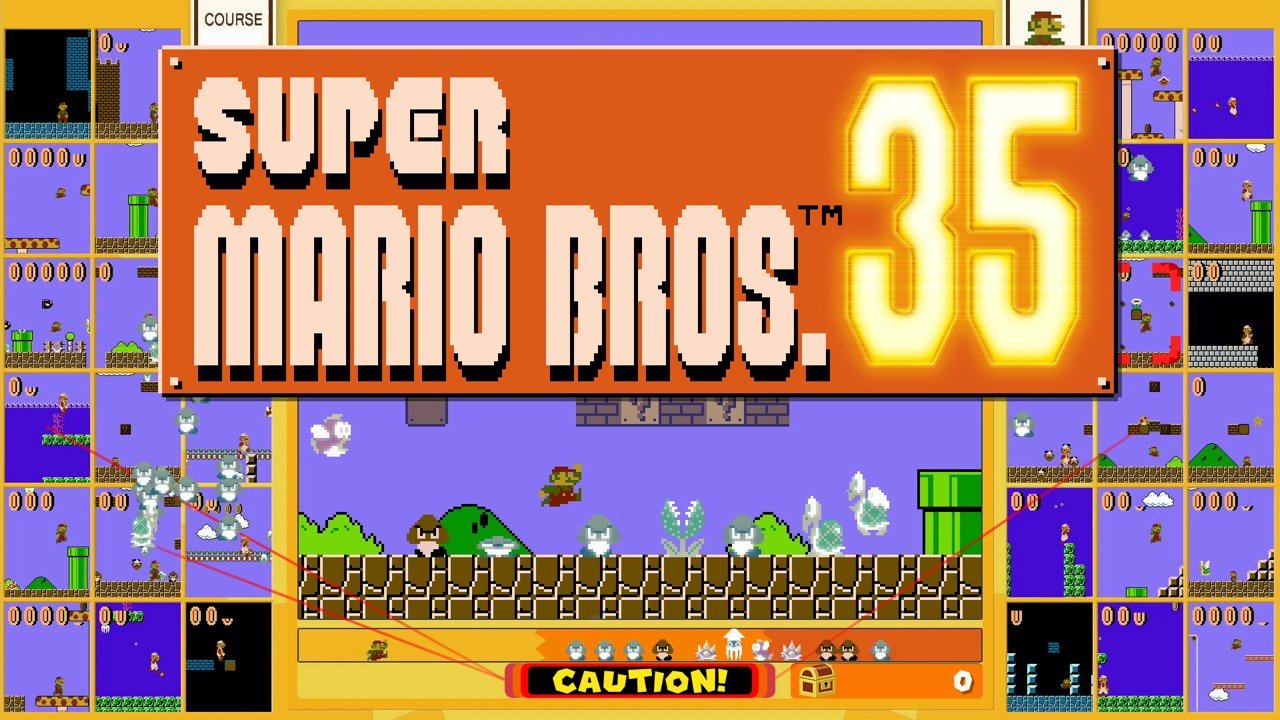 The game sees 35 players compete online across classic Mario courses, beginning with the iconic World 1-1. The platforming gameplay comes as naturally as breathing, but this time, defeated Koopa Troopers and Goombas are sent over to other players’ courses to disrupt their progress. You’re also up against the clock which counts down from 35 seconds and has to be topped up by stomping on enemies. The fun continues until there’s one Mario left standing.

It’s a simple concept, and in our brief time with the game, a well-executed one. Matches are chaotic and pleasingly clumsy with familiar levels made significantly more challenging. The game is also exquisitely produced with a user interface that echoes Super Mario Maker.

Get updates on the latest Xbox One, Switch, and PlayStation 4 video games via our new releases page. And follow Thumbsticks on Twitter and Facebook for daily news updates.