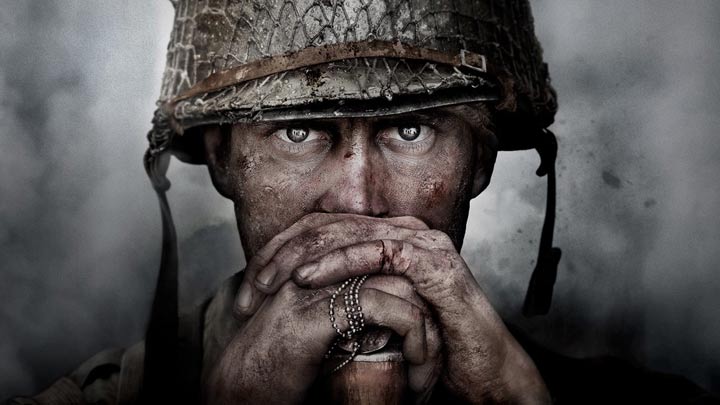 Here is this week’s round-up of the most important video games news from Thumbsticks and elsewhere on the web.

It wasn’t a huge week for news, but there was one pretty significant game announcement, even if it was one that we all expected…

Call of Duty: WWII is a thing

As far as game reveals go, the unveiling of the new Call of Duty has hardly been a textbook case for Activision. Last week the publishing giant finally announced that Call of Duty: WWII will be the next game in the long-running FPS series, confirming the veracity of those leaked promotional images. We’ll know more about the franchise’s return to its roots when it receives its full coming out party on Wednesday.

I haven’t played Nier Automata yet, so forgive my staggering ignorance on this matter, but has there ever been a more wonderful name for a piece of DLC than 3C3C1D119440927? Yup, that’s the official title of Nier Automata‘s new add-on that, among other things, lets you battle the CEOs of both Square Enix and PlatinumGames. I’m sure 3C3C1D119440927 makes sense in-game, so if someone bring a little clarity to the matter, I’d appreciate it.

G2A in the spotlight once again

Mario Mirek, senior account manager at game key marketplace G2A, did the company no favours this week by taking part in a Q&A at the Reboot Develop conference in Dubrovnik. GamesIndustry.biz’s report details the how the panel rapidly went downhill. I also recommend Charlie Hall’s follow-up piece at Polygon, which takes a detailed look at G2A’s Shield product, and its anti-consumer use of dark patterns. Interesting, frustrating stuff.

Nintendo toys with its fans

Mere days after the news broke that Nintendo is discontinuing the NES Classic Mini, rumours began to swirl that an incy-wincy version of the Super Nintendo Entertainment System is being primed for release later this year? Has the big-N gone mad? What are they trying to do us? Well, this is the last straw, Nintendo. We’ll, erm, see you when pre-orders open.

In other nickel-and-diming news, Twitch has announced that it’s launching two new premium subscription packages which offer custom community messaging, and improved emotes unlocks and access. And all for the bargain price of $9.99/$24.99. Also announced this week is a new affiliate scheme aimed at non-partnered streamers.

The ESA opens it

The Entertainment Software Association (ESA) does a lot more than just put on E3 each year. This week the association opened its 2018 grant programme, which is run through the ESA Foundation. The scheme aims to fund video game development projects that have a positive impact on the lives of American children. Applications are open now and you can find out more the ESA Foundation website.

StarCraft is now free to play

Like, properly free. Following on from the news that Blizzard will be releasing a remastered version of StarCraft this summer, the original version of the game – and its Brood War expansion – have now been made completely free. You can find links to download the game on PC and Mac via the StarCraft website.

So who’s going to buy Mario Kart 8 all over again? Quite a few Nintendo Switch owners we expect, and with good reason. Reviews of Mario Kart 8 Deluxe arrived this week and the word is universally positive. We already knew it was a great game, but the Switch version’s gameplay tweaks, improved Battle mode, and bundled DLC create a pretty irresistible package. Jordan Erica Webber, writing in The Guardian says that “Mario Kart 8 Deluxe is the best, most versatile version of that yet”, and Eurogamer came away impressed when considering the game’s credentials as a hand-held experience.

The Game Developers Conference (GDC) is probably our favourite video games event in the calendar, offering a chance to peek behind the curtain and find out how the games we play are designed, built and marketed. Full marks to GDC then for releasing more content on their growing YouTube channel. We mentioned Sean Murray’s fascinating deep-dive on No Man’s Sky last week, and it has now been joined by a delightful talk from Warren Spector, who reflects on the development of the original Deus Ex.

If you are looking for something new to play there are a number interesting titles released in the next week. Check out the full lineup on our New Releases page.