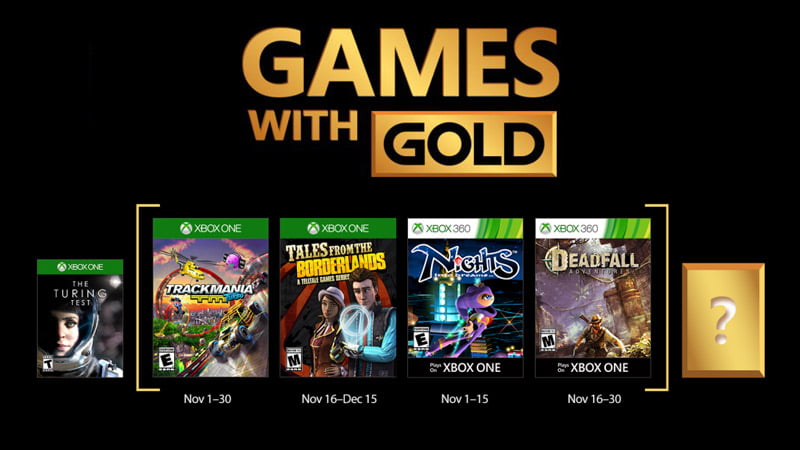 Microsoft has announced the free games coming to Xbox Games With Gold in November 2017.

November’s Xbox One highlight is Tales from the Borderlands. Although the shine has come off Telltale’s brand of adventure storytelling in recent years, their humourous and snappy take on the Borderlands universe remains a highlight and is certainly worth picking up.

It’s joined by the underrated Trackmania Turbo, an enjoyable arcade racer that features over 200 tracks, online multiplayer, and a comprehensive creation mode.

This month’s Xbox 360 games are Deadfall Adventure, and the remastered version of Sega classic, Nights into Dreams. The game features enhanced graphics, online leaderboards, and levels from Christmas Nights. Both titles are also backwards compatible and playable on Xbox One, which is a nice bonus.

Don’t forget, you can still download three of October’s Games with Gold releases. The exceptional Gone Home: Console Edition and Medal of Honor – Airborne are available until the end of this month, and The Turing Test – which we also rather liked – is available until October 15th.

Bookmark our new releases page for the latest news on all the games coming to PlayStation 4, Xbox One and Nintendo Switch.