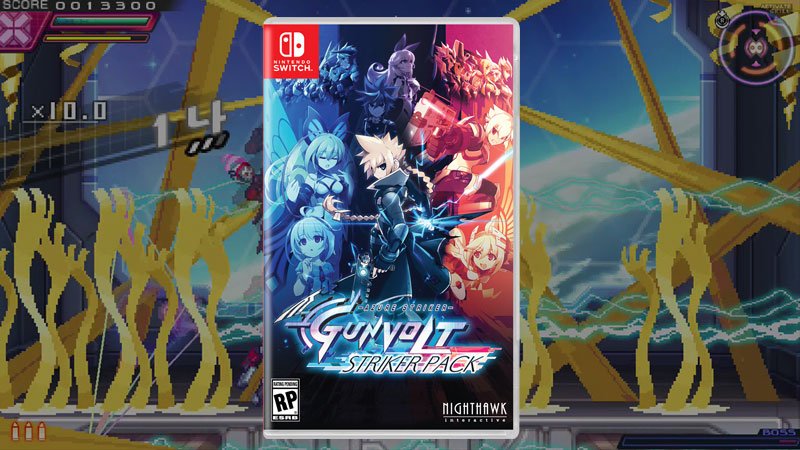 Azure Striker Gunvolt: Striker Pack is confirmed for retail release on the Nintendo Switch in October.

Both titles were well-received upon their original 3DS releases, finding favour with fans of games like Mega Man and Gunstar Heroes. The Switch remaster includes both games, plus the full catalogue of downloadable content which adds extra stages, bosses, bonus modes, and music. Both titles will also benefit from a 60FPS HD graphical boost, and HD rumble implementation.

“The Nintendo Switch is such a fun and versatile system; perfect for the frenetic action of a 2D platformer. This new edition offers great content for existing and incoming fans of the series, and now everyone can enjoy the complete Gunvolt experience on the big screen at home, or on the go.”

Assuming the run-and-gun platforming gameplay makes the journey to Switch unscathed, it’s a release I would certainly recommend. The only downside is that both games were excellent example of how to use the 3D feature of the Nintendo 3DS.

Developer Inti Creates recently released a sequel to both games in the shape of Mighty Guvolt Burst.

Azure Striker Gunvolt: Striker Pack will be available at retail priced $39.99 in North America, and digitally via the eShop this week.