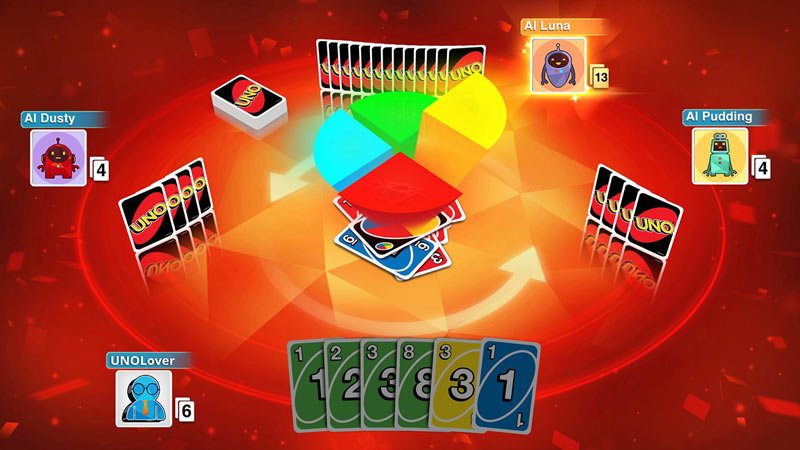 Uno was one of the first games I ever downloaded on the Xbox 360 game store. It was incredibly simple, incredibly addictive, and had a strong online community that stayed with the game for years after release. I easily put over 250 hours into the game.

That version – which was developed by Carbonated Games and published by Microsoft – was pulled from the Xbox Store in 2014. The Switch edition is an update to the version released by Ubisoft last year on Xbox One, PlayStation 4, and Windows.

Like it’s predecessor, Ubisoft’s Uno features themed decks, this time based on Rayman, Just Dance 2018, and, erm, the season of Winter. Apart from that, it’s Uno.

The Switch version features local and online multiplayer, a variety of rule sets, and a new emote system. There are also weekly and global leaderboards to climb.

Uno might not be Gwent, or Hearthstone, or The Elder Scrolls: Legends, but, then, those games aren’t Uno.