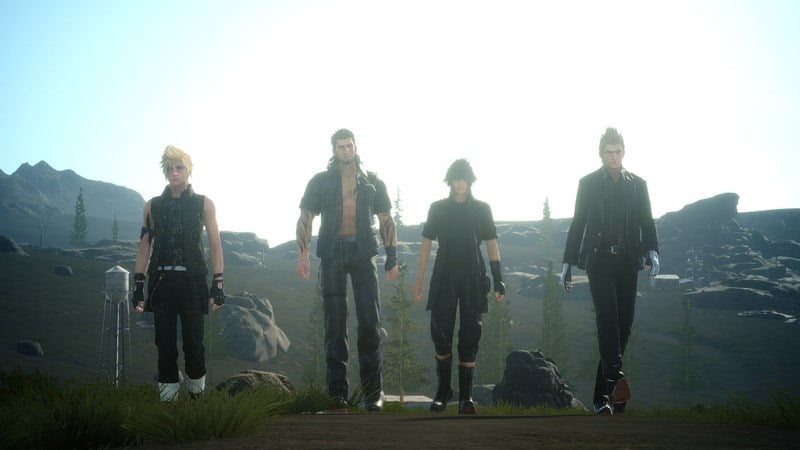 Just what sort of behemoth are you going to need to run Final Fantasy XV on PC? (Behemoth, geddit? It’s an RPG joke.)

When we got wind of the Final Fantasy XV PC version, we were rather excited. It’s already a lovely game on consoles, but to play it on a high-end gaming PC, with Nvidia Flow, HairWorks and all the rest? It’s going to be stunning.

This was backed up by a 4K trailer of the PC version. It does indeed look scrumptious, but that then makes you worry what kind of rig you’ll need to play it.

Director Hajime Tabata, speaking at Gamescom this year said, of the GTX 1080 Ti-powered machines running the demo: “Supporting 60fps will be possible, but considering the spec you’d need to get that level-with native 4K, HDR, and a good 60fps-the machine we’ve got here couldn’t do that at the moment. That’s a GTX 1080 Ti, and even with that 60 frames is not possible.”

170GB of storage space was also mentioned at Gamescom, but Tabata later pointed out that was a mistake.

All of this begs the question: just what sort of monstrous rig are you going to need to play the game on PC? Well the wait is over; the Final Fantasy XV system requirements have been revealed on the Windows Store and they’re… not bad at all.

Those 4k system requirements are not insignificant, are they? Don’t forget that’s Nvidia’s top of the range graphics card, that’s going to set you back at least £750 for the most basic model. And where the system requirements for 720/1080p have been updated – to include AMD graphics cards, which weren’t listed on the provisional specs we had access to – there is no AMD card that Square Enix reckon will achieve that 4k, 2160p resolution for Final Fantasy XV.

And even then, there’s a caveat on the system requirements, stating:

With that in mind, Square Enix are releasing a benchmarking tool, to allow prospective players to see if their rig is up to scratch, or if they need to take their PC in to see Cindy for a tune-up.