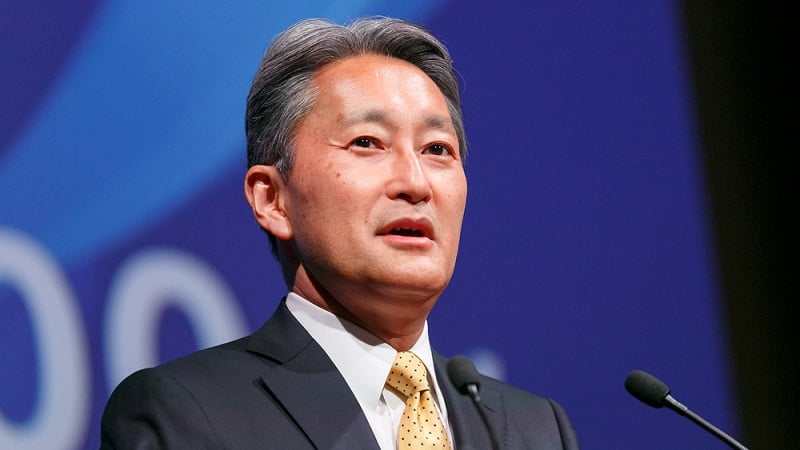 Sony has made the announcement that Kaz Hirai will step down as company boss on April 1st.

Hirai was formerly a PlayStation boss, but stepped up to run the company as president and CEO in April 2012. He will now step back and become a chairman.

What a thing for Yoshida to inherit: Hirai has captained the PlayStation 4 to market-leading success, dominating the home console market by a significant margin.

There have been some moments with Hirai over the years: his immortalised enthusiasm for Ridge Racer on the PSP, his defence of the overpriced PS3 on its launch, and his public apology for the Sony hack – which saw him bow on live television to consumers.

“Ever since my appointment as President and CEO in April 2012, I have stated that my mission is to ensure Sony continues to be a company that provides customers with kando – to move them emotionally – and inspires and fulfills their curiosity. To this end, I have dedicated myself to transforming the company and enhancing its profitability, and am very proud that now, in the third and final year of our current mid-range corporate plan, we are expecting to exceed our financial targets.

“And it excites me to hear more and more people enthuse that Sony is back again. As the company approaches a crucial juncture, when we will embark on a new mid-range plan, I consider this to be the ideal time to pass the baton of leadership to new management, for the future of Sony and also for myself to embark on a new chapter in my life.

“My successor, Kenichiro Yoshida, has supported me closely since returning to Sony in December 2013, contributing extensively beyond his remit as CFO and acting as valuable confidant and business partner, as we took on the challenge of transforming Sony together. Mr. Yoshida combines a deeply strategic mindset with a relentless determination to achieve defined targets, and the ability to take a global viewpoint. I believe he possesses the breadth of experience and perspective, as well as the unwavering leadership qualities required to manage Sony’s diverse array of businesses, and as such is the ideal person to drive the company forward into the future. As Chairman, I will of course offer my full support to Mr. Yoshida and the new management team, and do all I can to facilitate a smooth transition and ensure their future success.”