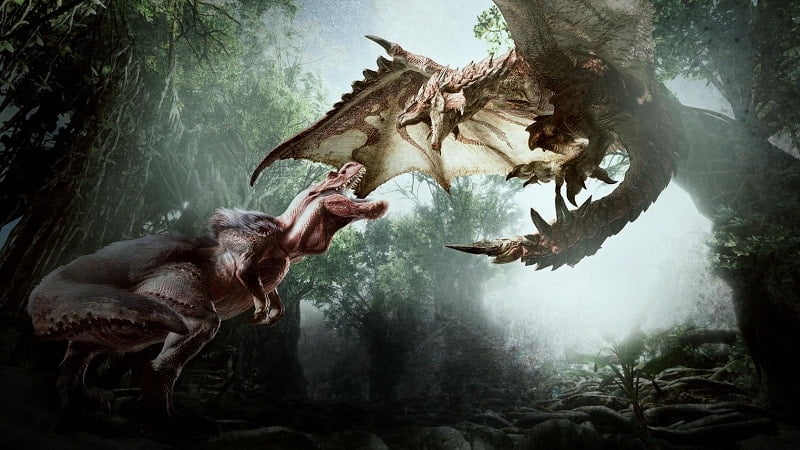 Monster Hunter World has been widely acclaimed for pulling off the feat of being true to the franchise’s roots, but accessible to new players. And its move to the Xbox One and PlayStation 4 – plus its sumptuous production values – has evidently brought it to the attention of a new audience. Given that the game remains, deep down, an authentic Monster Hunter, it will be interesting to observe how it performs over the long-term.

This means that Call of Duty: WWII drops two places to third, and EA’s FIFA 18 falls to fourth. Evergreen Nintendo Switch titles, The Legend of Zelda: Breath of the Wild and Mario Kart 8 Deluxe continue their residency in the top ten at positions six and seven, respectively. And, of course, Grand Theft Auto V, holds firm inside the top five.

Other new releases at the lower end of the chart include Supermassive Games’ PS VR thriller, The Inpatient, and the retail version of the Nintendo 3DS Virtual Console release, Pokemon Crystal, which enters at 12. Not bad for a download code in cardboard box.

You can see the full UK chart for the week-ending January 27, 2018 at the GfK Chart Track website.