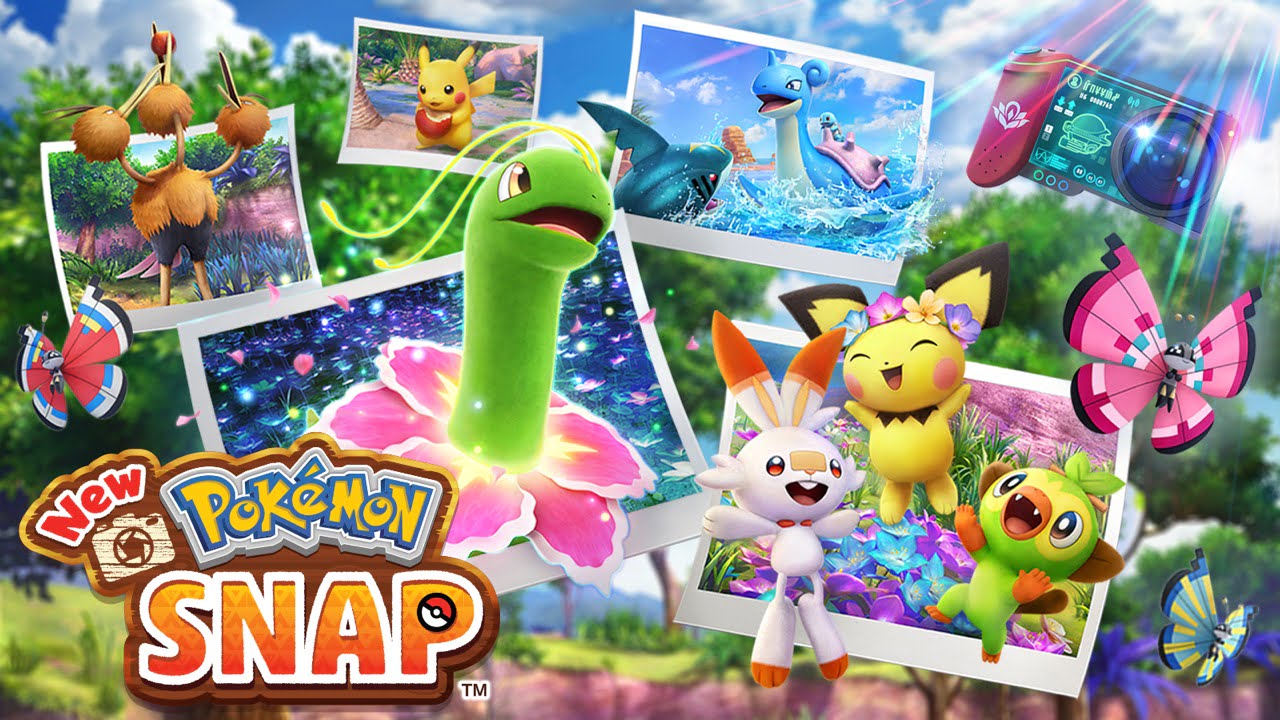 New Pokémon Snap on Nintendo Switch is NOT a remaster and is available to preorder ahead of its April 30 release.

Pokémon Snap has a bit of a legacy, but a delayed one. The 1999 game involved the much more PETA friendly

The ‘Snap soul’ has been realised in so many games of late from Pupperazzi, Toripon, Photoria, Bugsnax, Penko Park and, at a stretch, others like Snap Hunt, Umurangi Generation, NUTS, Storm Chasers. Thumbsticks editor Tom Baines recently pointed out the likeness to Pokémon Snap of indie game Cellular Harvest from developer Xalavier Nelson. Only much more spacey and insidious. You could say Pokémon Go and Pokémon Sun and Moon were also very aware of the love for the Nintendo 64 classic.

I like all of the above Snap-inspired games, it should be noted. And yet, I’ve never touched an official Pokémon Snap game. For shame!

So what should be announced seven months ago in the summery throngs of a pandemic but a new Pokémon game that is actually Pokémon and Snap?  The classic game given a successor on Nintendo Switch. Some veritable light in the darkness and an opportunity to correct my gaming wrongs no less.

All that remained was a release date which Nintendo has recently provided:

“New Pokémon Snap presents a fun twist on a Pokémon adventure, with enchanting gameplay that lets players see some of their favourite Pokémon in a different light,” said Dominic Gross, Nintendo of Canada’s General Manager. “This new game is a fun addition to the strong lineup of Pokémon titles available on Nintendo Switch, and we can’t wait to see everyone’s pictures when New Pokémon Snap launches on April 30.”

What’s very much clear now is that this is a new Pokémon Snap game as opposed to a spruced-up version of the original with a few scattered additions. One big clue is Nintendo repeatedly referring to the game as “New Pokémon Snap.” That’s certainly a handy clue.

Otherwise, new details on the plot indicate you will “take on the role of a budding Pokémon photographer and work with the Lental region expert, Professor Mirror, and his assistant, Rita, on an ecological survey to photograph Pokémon thriving in nature.”

This differs in some of the original’s details, in which you’re helping the ever (if not quite)-present Professor Oak. Instead of jumping into a motorized, amphibious buggy called the Zero-One, it’s now the Neo-One. You get the picture.

Intriguingly, the game’s site claims it “supports online play,” but all current info seems to indicate a single player game. Could there be photo-sharing, perhaps?

The game is available to preorder now here. If you can’t wait until then for something Pokémon, the 25th anniversary of the franchise will see the Pokémon Company collaborate with musical artists including Katy Perry in a day of video-related nostalgic festivities on February 27th.

An updated XBLA classic is coming to PlayStation, Switch, and Xbox