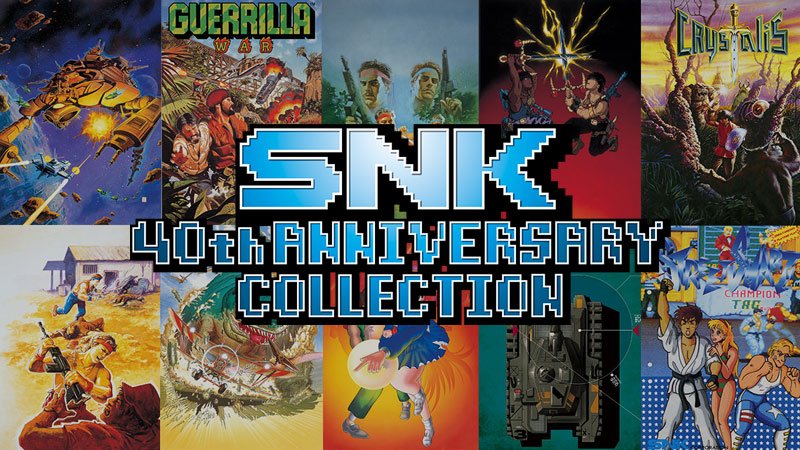 The upcoming Nintendo Switch anthology of SNK console and arcade games has been confirmed for release on November 13, 2018 in North America. It will be released in Europe on November 16, and arrive in Australia and New Zealand on November 23, 2018.

The SNK 40th Anniversary Collection will feature at least 13 timeless, erm, classics, with more retro titles to be announced before launch. Each game will have updated controls, and be presented in 1080p.

In a concession to modern gaming sensibilities, an instant rewind feature will be available to help players through some of the collection’s trickier moments.

The anthology will also include a Museum Mode that looks back at SNK’s rich gaming heritage.