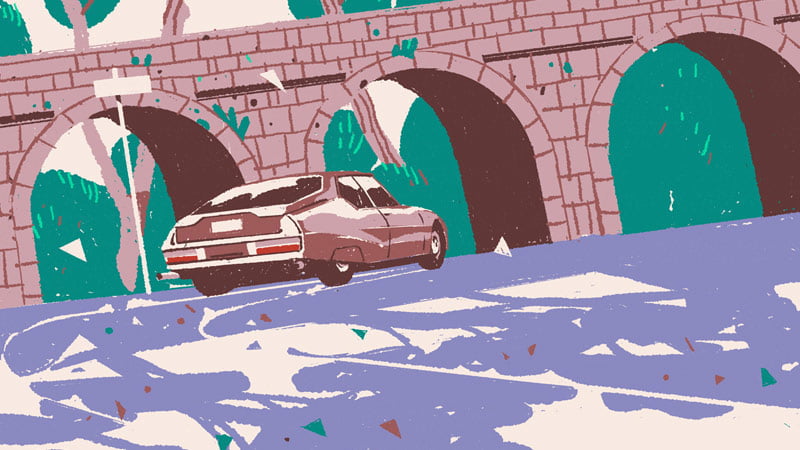 Mixedbag confirm that stylish visual novel, Wheels of Aurelia, is heading to the Nintendo Switch.

Vroom, vroom! The open road, the wind in your hair, and a mystery to solve. That’s the promise of Wheels of Aurelia, the unique visual novel driving game from Italian studio, Santa Ragione.

Wheels of Aurelia takes place during the 1970s on a road trip across Italy’s western coast. Along the way you’ll meet a diverse cast of characters – and take plenty of detours – before reaching one of the game’s 16 different endings.

It’s a game of small moments – set against the backdrop of extreme political turmoil – and weaves an intriguing tale designed for multiple playthroughs. It’s also accompanied by an evocative soundtrack that conjures up the atmosphere of the early 70s absolutely perfectly.

The game was positively received when it came to PlayStation 4, Xbox One, and Steam last year, and is yet another title to join the burgeoning library of indies on Nintendo Switch.