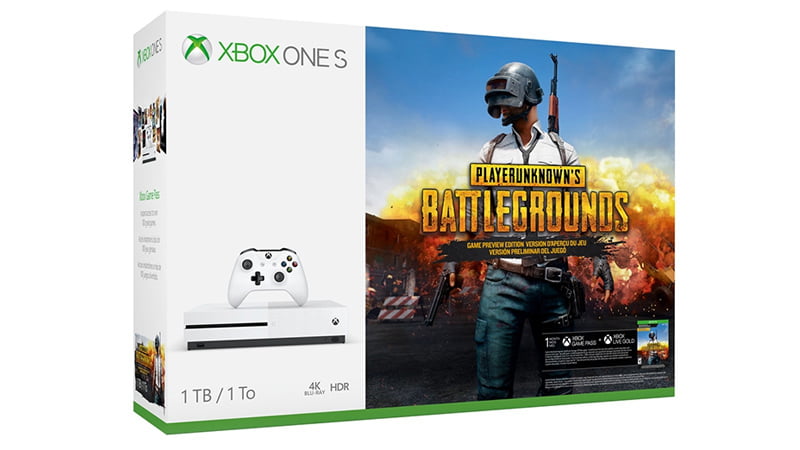 PlayerUnknown’s Battlegrounds – or PUBG, as us cool cats like to call it – has been a huge success since it launched on Xbox One Game Preview in December. At the last count the game had amassed over 4 million players, and despite the port’s technical and performance issues, we don’t expect it to slow down anytime soon.

Getting console exclusivity on one of 2017’s biggest games was a stunning move on Microsoft’s part, and although PUBG is technically still unreleased, it appears to have given the Xbox One the killer app it deserves, and so desperately needs.

PUBG‘s importance to Microsoft has been further underlined by today’s announcement of a 1TB Xbox One S PlayerUnknown’s Battlegrounds bundle.

The Game Pass trial is of particular interest, as it now includes access to all new Microsoft Studio games, such as Sea of Thieves – which is released on March 20 – and future titles like Crackdown 3 and State of Decay 2.

The Xbox One S PlayerUnknown’s Battlegrounds Bundle is priced at $299.99 USD, and is available to pre-order at participating retailers worldwide.