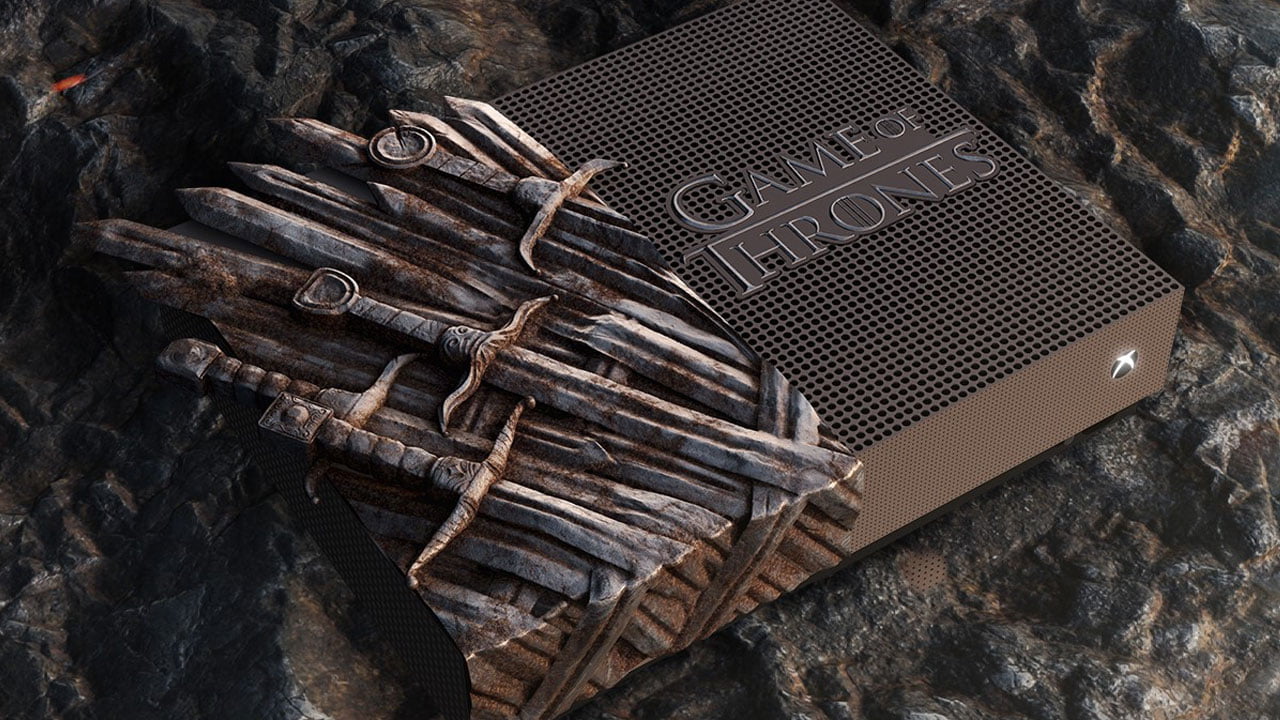 Mircosoft continues its Game of Thrones promotion with this Iron Throne-themed Xbox One S console.

Microsoft has revealed a new custom Xbox One S model based on the iconic design of the Iron Throne from popular soap opera, Game of Thrones. The new design joins the House Targaryen and Night King Xbox One consoles unveiled last week.

It’s an impressive piece of design that does well to hide the fact that the console is in fact an Xbox One S All-Digital Edition. So, although it doesn’t accept disc media, it does come bundled with pre-installed copies of Forza Horizon 3, Minecraft, and Sea of Thieves.

Unfortunately, the Iron Throne console isn’t available to purchase in stores. To be in with a chance of winning it you’ll need to enter Microsoft’s Game of Thrones sweepstake by retweeting this Twitter post, or liking the official Facebook post. You have until May 22 to “join the conversation.”

The promotion also includes the chance to get a special Iron Throne Avatar. Just pre-order the Game of Thrones Seasons 1-8 Complete Series digital bundle via the Xbox Digital Store.

The Xbox One S All-Digital Edition is seen as a toe in the water for Microsoft, who are rumoured to be working on two versions on its next generation console, one a technical powerhouse, and the other built around digital downloads and streaming. We hope to find out more next month at the Xbox One E3 2019 press conference.

The Outer Worlds on Switch is getting patched this week