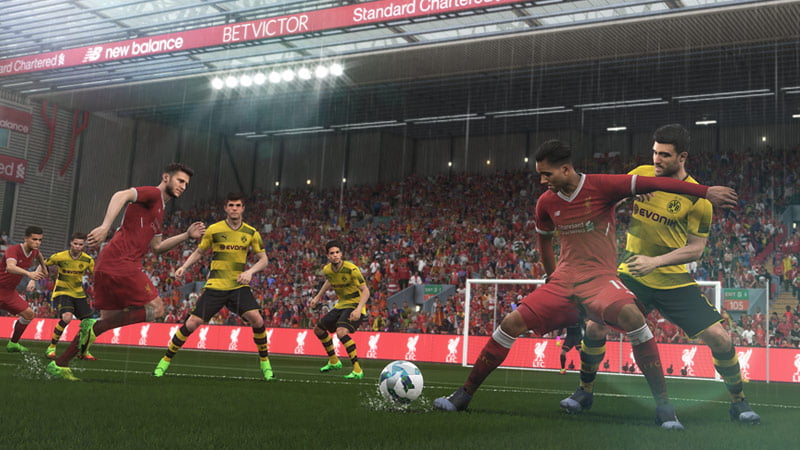 Full details of this season PES League have yet to be confirmed, but the tournament will begin with worldwide qualifiers held in winter 2017 and spring 2018. The finalists from each regional competition will go on to participate at the PES League finals, which will be held in summer 2018. This season’s competition also sees the addition of a co-op category for the first time, so buddy up.

Konami’s PES series has held the license to recreate the UEFA Champions League for a number of years, signing a four-year deal in 2008, plus a series of extensions since.

“We look forward to this season’s PES esports events and the opportunity it provides for gamers and viewers to further engage with the UEFA Champions League brand.”

“I am delighted to be able to work with UEFA for this opportunity not only to bring an exciting experience for the participating players, but to also be able to provide Football fans from all over the world an opportunity to enjoy this competition first-hand at the physical events or through live streams.”

PES 18 is also doing well at retail, debuting at number 3 in the UK games chart two weeks ago, and holding steady at 4 this week. Of course, EA’s FIFA series returns this Friday, so Konami are doing well to make hay while the sun shines.