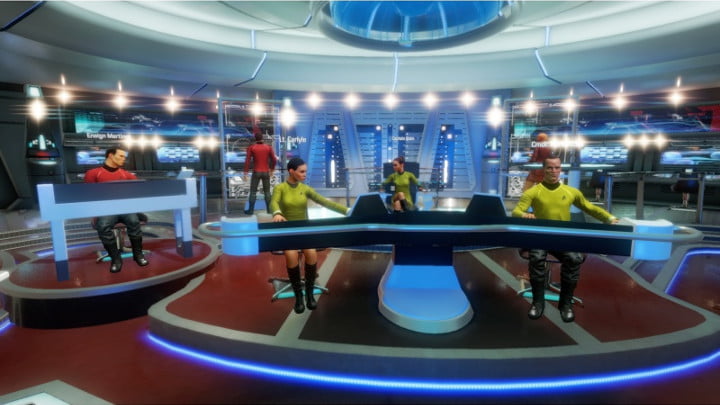 A new update for Star Trek: Bridge Crew means you can now boldly go without wearing a VR headset.

The game can be played using a controller, or mouse and keyboard, and online play will now combine VR and non-VR players.

Developed by Ubisoft Red Storm, Star Trek: Bridge Crew was one of this year’s virtual reality highlights – particularly on PS VR – and lets players join Starfleet and take command of both the USS Aegis, and the classic USS Enterprise NCC-1701.

You can find out how the game was created by beaming over to our GDC report in which Jay Posey, narrative designer at Red Storm Entertainment, shares his experiences as a lead writer and senior designer.

The PC version of Star Trek: Bridge Crew is now available with a 50%  discount from the Ubisoft Store.