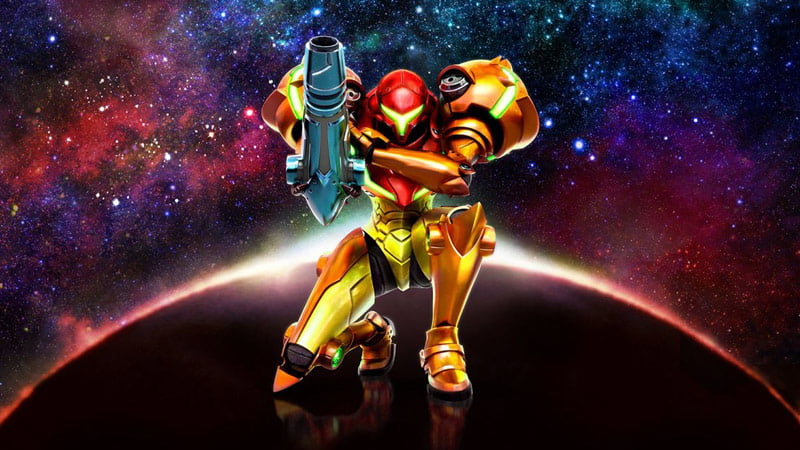 This week in video games: PlayerUnknown’s Battlegrounds sets another new record, Samus returns on 3DS, and Overwatch players had better start behaving. Here’s our round-up of the week’s most important gaming news.

This week in PlayerUnknown’s Battlegrounds

The growing player base is not without it challenges, however. Brendan Greene has revealed that over 150,000 cheating bastards have been banned from the game since launch.

Lots of people are playing Destiny, too

PlayerUnknown’s Battlegrounds is not the only game with a big player base. Bungie’s FPS sequel Destiny 2 is also off to a flyer. They game has not sold as well as its predecessor at retail – with players evidently happy to go digital this time around, – but it reached a mighty 1.2 million concurrent players of its own on launch weekend.

The House of Mario rolled out another jam-packed Nintendo Direct broadcast this week. Release dates were confirmed for The Elder Scrolls V: Skyrim and Xenoblade 2, and everyone was surprised by the news that Bethesda’s Doom and Wolfenstein II: The New Colossus are also Switch-bound.

Nintendo also found time to update its much-maligned mobile voice chat app. Version 1.1.0 ticks off a few more things from the blindly obvious list, meaning that the app no longer shuts down in sleep mode or when other apps are opened.

It’s easy to scoff at the ridiculous hurdles Nintendo puts up around voice chat, but our man Tom Baines makes a good point in saying that their over-elaborate solution might be a deliberate attempt to avoid the toxic behaviour currently blighting games like Overwatch. Blizzard’s approach to solving the problem will hit players where it hurts, with a lack of new content updates.

Everyone’s second favourite bounty hunter – the first is Bossk, naturally – made a comeback this week in Metroid: Samus Returns on 3DS. Nintendo’s collaboration with MercurySteam has been greeted with mostly positive reviews.

Like Metroid: Zero Mission before it, Samus Returns is an ideal reimagining, a game that takes the essence of the series and makes it feel completely at home on modern hardware. There’s no aspect of Samus Returns that feels archaic. It’s a game that belongs in 2017. But more than just being a great remake, it’s also a great reminder of what Metroid is.

Yes, Samus Returns is legit. Yes, it’s really a Metroid. The controls are precise, the music is lovely, the caverns are dense and full of secrets to discover, and everything gels well together into an experience that is unmistakably Metroid.

In almost every respect, Samus Return is a near perfect remake. It grasps much of what worked in the original and dramatically heightens it while minimizing its flaws.

There were a few dissenting voices, however. Eurogamer posted a cooler take, and long-time Metroid fan Jeremy Parish, writing at Retronauts, has mixed feelings about the game’s emphasis on combat.

In other ‘aliens ending with ‘oid’ news… The Elite Dangerous: Horizons 2.4 expansion will be released on September 26th, and sees the return of the evil Thargoids to the series. The game’s new trailer sets the scene for the fight to come.

In related news, Criterion’s Kieran Crimmins and James Svensson have been confirmed as speakers at this year’s Yorkshire Games Festival. They will be revisiting their fascinating Develop Conference talk on designing iconic Star Wars moments in VR.

ThatGameCompany, developers of the wonderful Journey and Flower, revealed their new game at last week’s Apple press conference. Sky is pitched as a social adventure experience and will debut on iOS devices, including Apple TV. The game’s teaser trailer is as enigmatic as you might expect.

Okami gets a 4K remaster

Capcom have confirmed the rumour that Okami HD is getting another outing, this time with 4K support on PS4 Pro and Xbox One X. The game will also make its debut on PC. It’s great news about a truly great game, but where’s the Switch version?

GDC 2018 in final call for submissions

The Game Developers Conference 2018 is fast approaching, and there are only a few weeks left to submit session proposals. If you have a session idea for one of the following summits, don’t delay. The deadline for submissions is September 29th, 2017,

Speaking of game development, two articles caught our eye this week that demonstrate some of the challenges faced by game makers.

Atooi’s Jools Watsham writes at Gamasutra about how his well-reviewed 3DS title Chicken Wiggle is struggling to find an audience. And Cliff Bleszinki is interviewed at Gamespot about the uphill climb faced by Lawbreakers.

And finally, here’s a look at some bizarre special-edition consoles compiled by Kotaku.