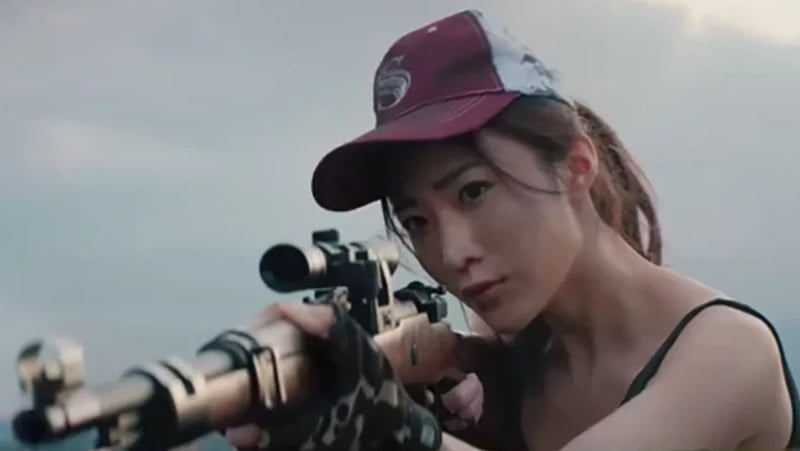 This week in gaming: PUBG arrives on mobile, System Shock development halted, and Atari cash in on cryptocurrency. Here’s our digest of the week’s most important video games news.

There was mixed news for PUBG this week. On the plus side, the game has reached an almighty 30 million sales, a huge achievement for game that only left Early Access at the end of 2017.

Unfortunately, this was tempered by reports of the game’s player count declining. Recent numbers indicate a high of 1.7 million concurrent players on PC, some way down from theme’s  2-3 million peak. Yuji Nakamura, the Bloomberg reporter who posted the initial report on Twitter, suggests that cheaters are the primary reason for players turning away.

It probably doesn’t matter anyway, PUBG on PC is old news, it’s PUBG: Exhilarating Battlefield on mobile that everyone loves now. The live-action trailer was a sensation across the web last week, and, as Ian Higton at Eurogamer reports, the game is no slouch when it comes to capturing the authentic PUBG feel.

Nintendo has released two new videos that reveal more about Nintendo Labo, the upcoming range of cardboard creation kits for the Nintendo Switch. Most impressive is the use of the dinky infra-red camera nestled inside the right Joy-Con. The video shows how the camera can feed footage to the Switch screen, help Labo creations navigate, and scan real world objects to create in-game 3D environments.

Nightdive Studios has confirmed that development on the reboot of System Shock is being paused. The game raised more than $1.3 million through crowd funding in 2016, but now finds itself in trouble due to an increase in scope. Nightdive CEO, Stephen Kick, says development will resume once a full assessment of the project is completed:

“I have put the team on a hiatus while we reassess our path so that we can return to our vision. We are taking a break, but NOT ending the project. Please accept my personal assurance that we will be back and stronger than ever. System Shock is going to be completed and all of our promises fulfilled. “

Sea of Thieves will want your coin, eventually

Thankfully, rather than adding loot crates that provide a gameplay advantage, Rare would prefer micro-transactions to be used for social and cosmetic enhancements. And pet monkeys.

Swery teases his next new game

Hidetaka “Swery” Suehiro has teased The Missing, the first game from his new studio, White Owls. Publishing duties are to be handled by Arc System Works.

Get PUBG free with every Xbox One X

Starting today, if you purchase an Xbox One X you’ll get a free copy of PlayerUnknown’s Battlegrounds. The promotion runs until February 24, 2018.

Nintendo has announced that Splatoon 2‘s Pearl and Marina will be getting the amiibo treatment later this year. The Splatoon 2: Starter Edition will also be released worldwide on March 16, 2018. The pack includes a copy of the game, some Splatoon 2 stickers, and a one hundred page strategy guide.

Organisers of Develop:Brighton, the UK’s primary game development conference, have announced an expanded three-day format for this year’s event. The call for speaker submissions is open until March 14, 2018. Find out more at the Develop:Brighton website.

THQ Nordic has purchased Koch Media, the parent company of Deep Silver, in a deal worth €121 million. The acquisition includes the licences to the Metro and Dead Island franchises.

The recent remake of Shadow of the Colossus gave a highly regarded game a sumptuous, but respectful, make over. It appears that Secret of Mana has not received the same treatment from Square Enix.

“Remakes should ideally strip away a game’s outdated or broken elements while enshrining its strengths. Secret of Mana’s remake instead emphasizes the parts of the original that didn’t quite work while leeching all joy from the parts that did.”

Nadia Oxford, writing her initial thoughts at USGamer, finds the core game remains enjoyable, but the remake does little to fix its flaws:

“There’s still a lot of hoofing between the same locales, the AI still lacks any kind of brilliance, and the ring menus are somehow worse.”

And it appears that no one has a kind word to say about the game’s reworked soundtrack. Oh well.

Video game streaming service Twitch has achieved a new concurrent viewership record. According to a report from Macquarie analyst Benjamin Schachter, viewership hit a peak of 962,000 viewers in January, an increase of 26% from December 2017.

Twitch has also introduced a new Discord-like feature called Rooms. Rooms are topic-led, open 24/7, and enables streamers and viewers to indulge in polite, well-mannered discourse, even when a streamer is not active online.

Adult Swim Games are releasing Rick and Morty: Virtual Rick-ality for PlayStation VR on April 10, 2018. Although a licensed VR game would normally be cause for a shrug, the fact the Job Simulator studio Owlchemy Labs is on development detail – alongside Other Ocean Group – gives us confidence. The game’s Collector’s Edition will also include a Funko Pop! Rick and Morty vinyl figure.

Atari finds another plate to spin

Is there nothing that the latest iteration of Atari won’t try? In addition to the delayed AtariBox console, floundering RollerCoaster Tycoon crowd funding campaign, and notorious speaker hats, the company is also dipping its toe into the cryptocurrency market with the Atari Token coin. The announcement bumped shares in the company up by 60% . It’s all going to end it tears, isn’t it?

If you were stranded on a desert island, and had to choose six video games to play forever, what would you choose? In the first of our new Desert Island Games series we shipwreck N++ developer, Raigan Burns.