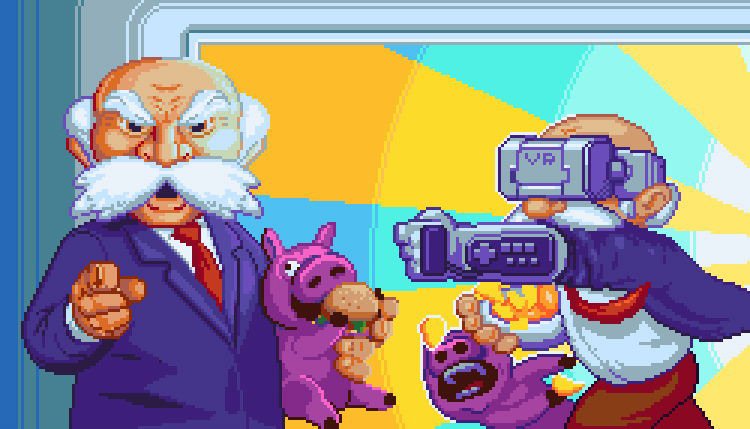 This week in video games: Sony to show Death Stranding at E3, Nintendo details the Switch Online service, and the Neo Geo Mini is confirmed. Here’s our roundup of the week’s top video game news stories.

It’s been a relatively quiet week for PlayerUnknown’s Battlegrounds. The Xbox Miramar Test Server is live again this weekend, with access available until 2am on May 14.

Also available for the same period on the PC Test Server is the map formerly known as Savage. The 4×4 map is now named Sanhok, and the PUBG dev team explain why in a Steam community post.

Aside from the start of Season Four, the leak of its Week 3 challenges, the Thanos event, and the return of the 50v50v2 mode, it’s also been a really quiet week for Fortnite.

Steven Strom at Ars Technica writes about how the failure of MOBA Paragon helped Epic Games shape Fortnite. And Variety reports on how the success of Fortnite and PUBG is leading to a boom in gaming headset sales.

Sony has confirmed the date and time of its E3 2018 press conference. In a slight change of format, this year’s event will primarily be focused on four games: Death Stranding, The Last of Us Part II, Spider-man, and Ghost of Tsushima.

On the PlayStation Blogcast, Sony’s Shawn Layden also confirmed that “There will be no new hardware announcements at E3.”

Square Enix has also confirmed it will broadcast a pre-recorded E3 2018 showcase.

Nintendo has announced more details of its upcoming Nintendo Switch Online service. Online multiplayer, 20 online-enabled NES games, and cloud saves are all included. Single membership is priced at $19.99 a year, with a family bundle costing $34.99. Alas, there are no plans to add native voice chat functionality to the Switch. Sob.

Valve is soon to release two new streaming apps. The Steam Link app – which is due for release this month – will let Steam users stream their game library to Android and iOS devices, including tablets, phones and TVs. The Steam Video app will follow in the summer and is focused on TV and movie content.

Niantic and The Pokémon Company have announced details of the Pokémon Go Summer Tour 2018, with events to be held in Germany, Chicago, and Yokosuka. The programme of Pokémon Go community events also continues with a Charmander celebration next Saturday.

The latest earnings call from Electronic Arts revealed that Bioware’s Anthem is set for release in March 2019. And EA CEO Andrew Wilson managed to say a lot, but somehow nothing at all, when speaking about the next instalment of the Battlefield franchise.

You can now gift all Xbox One games

Microsoft has announced that game gifting is now available on all Xbox One and PC games via the Microsoft Store. Unfortunately back compat Xbox 360 or original Xbox games are not included.

In a new interview, Campo Santo’s Sean Vanaman speaks about the decision to join Valve, and the creative freedom the move will bring.

The Super Nintendo gets a brand new game

Looking for brand new game to play on the SNES? Devolver Digital and Megacat Studios have opened pre-orders for Fork Parker’s Crunch Out. (See main picture.) All of Devolver Digital’s proceeds will go to Take This, a video game industry nonprofit tackling mental illness.

Capcom is bringing Monster Hunter Generations Ultimate to the Nintendo Switch on August 28, 2018. Although the game pales – from a technical perspective – alongside the recently released Monster Hunter: World, it will appeal to series purists with a new “G” rank quest level. All progress from the 3DS version of Generations can be transferred over.

UK video games publisher Team17 has told GamesIndustry.biz that it aims to float on the AIM market of the London Stock Exchange this month.

It’s been another busy week for gaming sales and promotions. The PlayStation Store in Europe has a new Under €20/£16 Sale, plus there are bargains galore to be found from Devolver, and the Humble Store.

If you’re looking for something new to play, check out this week’s new Playstation and Xbox One releases. We’ll have our Nintendo eShop update for you tomorrow morning.

Following on from last week’s rumour, it turns out the SNK Neo Geo Mini is indeed a thing. The device will be issued in two colour schemes, one for Japan and one for everywhere else. The Neo Geo Mini is based on SNK’s MVS arcade cabinet, and will include 40 games that can be played on a built-in 3.5 inch display, or on a TV through HDMI.

Nintendo has shutdown its first smart phone app, Miitomo. Part game, part social network, Miitomo was inventive, but just a little too out there to become a mainstream success. That said, it had its fans.

The Legend of Zelda remixed

The Legend of Zelda Breath of the Wild continues to inspire. First up, Kotaku reports on a new mod for Breath of the Wild which aims to make Princess Zelda the star. At the other end of the scale, the folks at Nintendo Wire have mocked up footage of a charming Game Boy de-make.

In this week’s Cut Scenes – our ongoing series that explores the intersection of film and video games – Josh Wise gets behind the wheel of The French Connection and Driver: Parallel Lines.

Elsewhere, we look at the current state of independent video games on the Switch, and why it might be a problem for Nintendo.

And if you’re in the market for a new gaming laptop, read our review of the Acer Predator Triton 700.

A note from the Thumbsticks editorial team

If you like what we do, then please consider supporting us via Patreon. Every penny we earn is poured back into the site, into giving new and aspiring writers an opportunity, and into bringing you more quality content to enjoy. And if you are an aspiring new writer, read this.